The late Helen Kelly's son Dylan says his mother would have been deeply disappointed with the government's "woefully inadequate" medicinal cannabis bill. 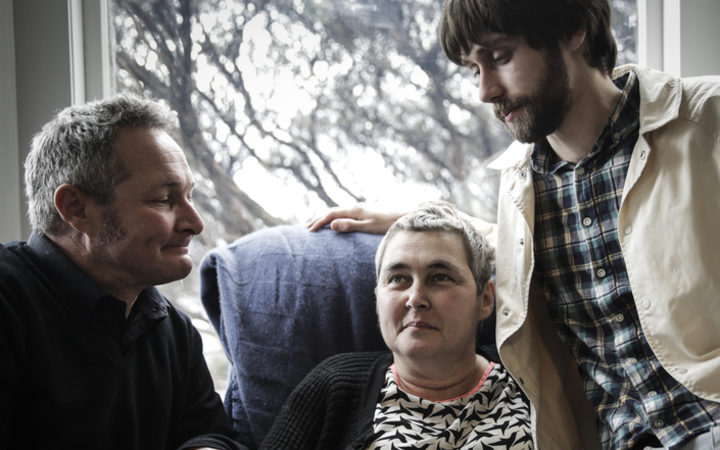 The government is moving to make medicinal marijuana more readily available to people who are terminally ill or in chronic pain and its bill passed its first reading at Parliament last night.

It would set up a domestic medicinal marijuana market, making it easier for people to access.

The legislation would also give terminally ill New Zealanders who use illicit marijuana a legal defence against prosecution for possessing and consuming the drug - dubbed the 'Helen Kelly defence'.

The former trade unionist, who died in 2016, openly used marijuana as she battled terminal cancer.

Health Minister David Clark told Parliament he knew not everyone would be satisfied.

"This legislation will not please all of the campaigners for medicinal cannabis but it goes further than any previous Parliament has gone. 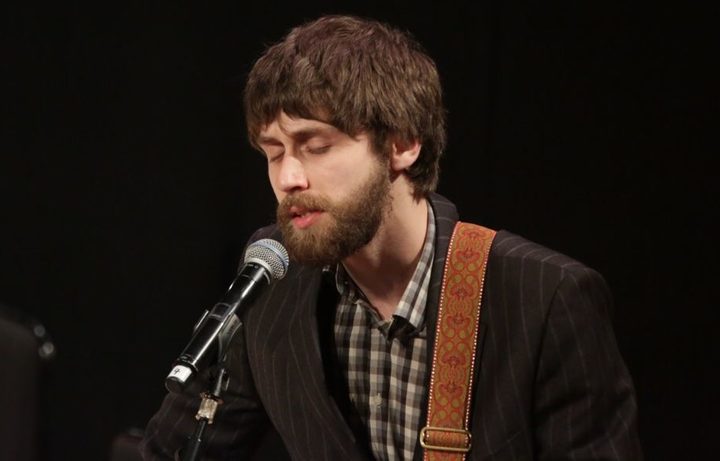 Dylan Kelly performing at the service for his mother in 2016 Photo: RNZ / Rebekah Parsons-King

But Helen Kelly's son Dylan said the bill was deeply disappointing and would continue to criminalise people.

"It's woefully inadequate - terminally ill patients are not the only people who need medicinal cannabis.

"But sort of more importantly a lot of people who do need this medication can't really provide it for themselves, and a lot of the people who supplied my mum's medicine are putting themselves in really quite serious legal jeopardy in order, not to make money, purely in order to help people with chronic pain," he said.

"And I think a bill that continues to criminalise those people is insufficient."

Meanwhile, National MPs will be largely voting against another medicinal marijuana bill that will come before Parliament today.

Green MP Chloe Swarbrick's medicinal marijuana bill goes further than the government bill, allowing sick people to grow their own plants or have it grown for them, and will come before Parliament today for its first reading in a conscience vote.

"The Greens' bill is a medically sanctioned de-facto decriminalisation of marijuana.

"There's a referendum going to occur in the next couple of years on exactly that issue and we think it is just stretching it - the medicinal cannabis focus - far too far into a social and drugs issue."

Ms Swarbrick is still holding out hope she'll get the support she needs.

She said MPs need to remember her bill would help alleviate suffering.

"I'm disappointed (with National) given that it is a conscience vote and I do hope that it weighs on their conscience, they are going to be making this vote in front of those patients who would benefit from its use.

National permitted a small handful of its MPs, who feel very strongly on the subject, to vote in support.

One of them is Chris Bishop, who said that while Ms Swarbrick's bill was poorly drafted, he felt more needed to be done to help New Zealanders in chronic pain.

"I just want to vote for it at first reading to send it to a committee so that people who suffer from chronic pain can come to Parliament and share those stories - I think that's really important.

"The government's bill doesn't do anything for them, Chloe's bill does something, so that's why I'm voting in favour of it."

Mr Kelly said Ms Swarbrick's bill is what his mum would have wanted.

National MP Nikki Kaye, whose views on medicinal marijuana changed after fighting breast cancer, will vote in support of the bill.