Customs has a new weapon, as it seeks to catch drug smugglers coming in by sea. 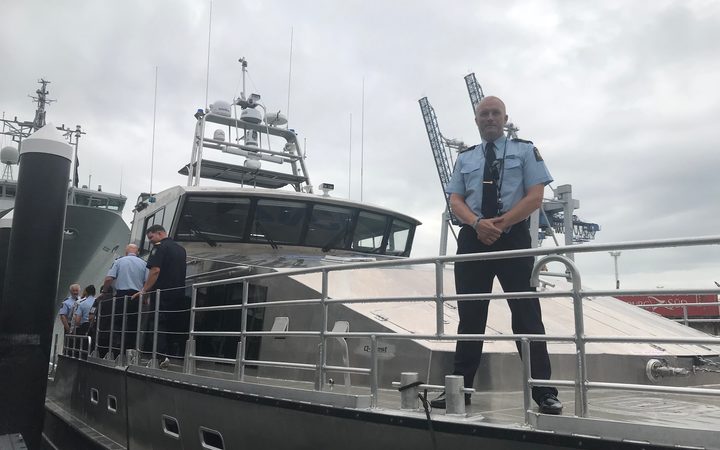 The $4.3 million boat, which was designed and built in New Zealand, is significantly faster than its predecessor, can handle rougher seas and contains state of the art technology, including thermal imaging systems to track vessels at night.

Customs supervising officer Nick Sparey said Customs has 15,000 km of coastline to patrol and smugglers are becoming increasingly sophisticated in their attempts to get illegal and dangerous substances into New Zealand. The department has been pushing for an updated boat since 2014. 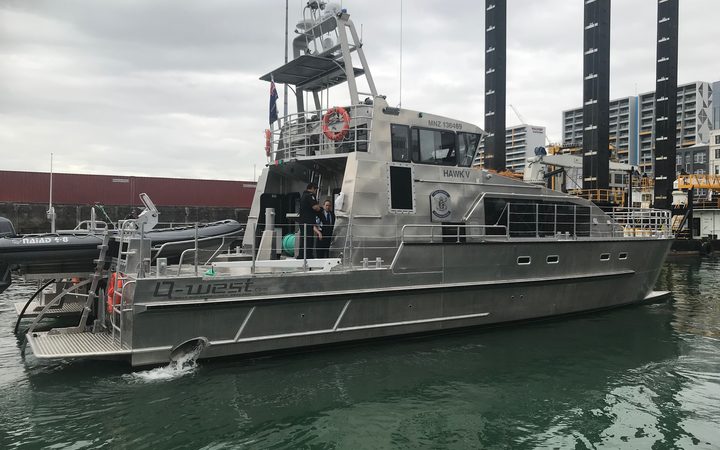 "Time and technology have progressed, and so have the bad guys. We have to keep one step ahead.

"A craft like this allows us to conduct maritime surveillance without them knowing we're there. We can find them at long ranges, we can follow them and track them, we have the ability to deal with them on the high seas, if we have to. We haven't had that before."

Mr Sparey said the new Hawk V can turn on a dime, chase suspicious boats into inlets and creeks little more than a metre deep, cope with stormy weather, and reach speeds over 80 kilometres an hour.

That will cut the trip from Auckland to the Bay of Islands - a popular spot for smugglers, who use anything from cruise ships to yachts to bring drugs in - from eight hours to just three, Mr Sparey says.

"Over the last few years there has been a huge increase in yachts being used for massive importations of cocaine. New Zealand is not immune to that sort of illicit activity, and it's that sort of activity this boat has been designed to detect and deter.

"We now have the ability to stop these large quantities of drugs being smuggled into the country. If a member of the public phones in reporting suspicious activity on our coastlines, we can get to Pahia quicker than someone driving. And we have the speed and the power to actually do something when we are there."

Sea-based stings late last year in Tauranga and Paihia led to Customs seizing a total of 70 kilogrammes of cocaine and arresting five people.