The revised Trans-Pacific Partnership agreement is to be signed in March, the Trade Minister has confirmed. 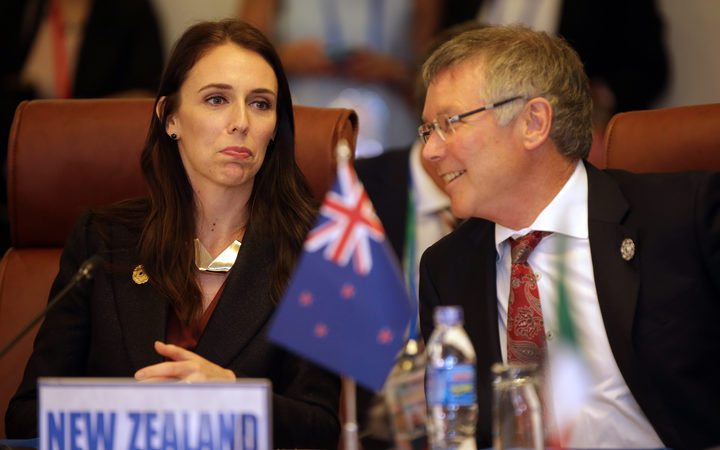 Australia's Trade Minister, Steve Ciobo, said the 11 nations, including New Zealand, are "finally at the finish line" following talks between officials in Tokyo.

Canada walked away from the 11-nation deal in November, but has since had several issues resolved.

Mr Ciobo said the pact would eliminate more than 98 percent of tariffs in the free-trade zone.

A spokesperson for the Minister for Trade, David Parker, has confirmed to RNZ that 8 March was the target for the signing.

He said the new agreement would be an "engine to overcome protectionism".

The TPP was going to include the United States before Donald Trump withdrew from the agreement in one of his first acts as President.

The rebranded the Comprehensive and Progressive Trans-Pacific Partnership (CPTPP), covers nearly 500 million people and the 11 countries involved make up 14 percent of global economic activity, or about $US10 trillion.

If the trade pact is successfully concluded, lower barriers and standardised rules are expected, making it easier for businesses to sell their goods and services in these markets.

The country's trade minister said it included an improved arrangement on autos with Japan and the suspension of intellectual property provisions that had been a concern.

'This is a big moment' - NZ trade expert

Trade specialist Stephen Jacobi told Morning Report he thought New Zealand probably helped Canada get through its earlier reservations, which prompted it to walk away from the deal in November.

Mr Jacobi said improved market access was important for New Zealand exporters, especially into Japan, and tariffs should be disappearing early next year.

He said it was a less problematic deal than the initial one.

"It suspends a number of the more problematic areas of TPP, particularly intellectual property provisions and some aspects of the investor state settlement that was very controversial in New Zealand.

Mr Jacobi said parliament needed to ratify the agreement, but while he did not think there would be major issues passing it in New Zealand there would still be critical voices in this country.

A critic of the deal, Professor Jane Kelsey, told Morning Report more details needed to be released to "break through the spin and see what has or hasn't been agreed to".

But she said she was worried that the Japan has said more information on the deal would not come out until after the signing.

"Which continues this rather obsessive secrecy around the deal."

National Party trade spokesman Todd McClay said his party was open to supporting legislation needed to put the deal in place, but wanted to see the details first.

"I would hope our government hasn't agreed to that - the [original] TPP12 was released before signing."

Check out RNZ's Insight documentary about the trade deal here