Hundreds of car owners left with empty tanks after being given low-quality petrol will be in line for compensation. 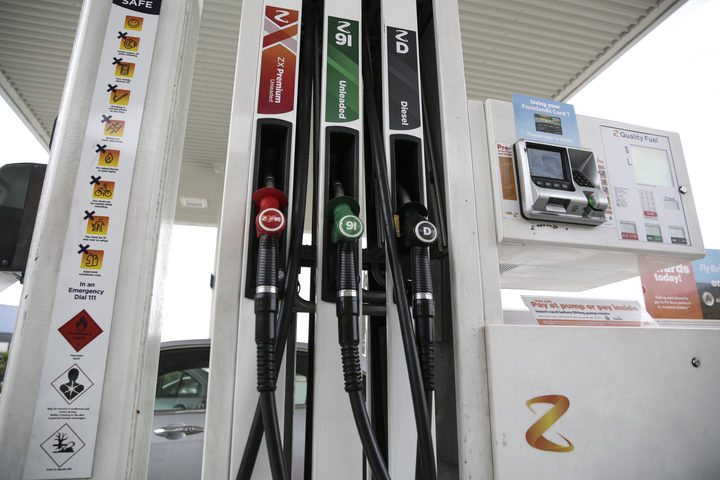 Z petrol stations are among those affected by the sulphuric fuel. Photo: RNZ / Richard Tindiller

Some batches of 91 and 95 petrol sold by BP, Z Energy and Mobil between late November and mid-December last year had elevated sulphur levels.

This caused fuel gauges to show levels higher than what they actually were, and now fuel companies are scrambling to find out what happened.

César Lador said he was not happy with how the situation was handled. He was travelling with his young family from Bethells Beach to Auckland city when his Mazda suddenly cut out two weeks ago.

"We had to hitchhike back home and call the AA from there because there was no cellphone reception," he said.

Mr Lador said the AA came straightaway, and despite the fuel tank showing at the quarter mark, he was told it was empty.

Auckland man Luke, who did not want his surname used, said the problem had caused issues for his Chrysler Grand Voyager which was no longer accurately reading fuel levels.

"It will always show we've got about a third of a tank. My wife has come home with our four kids before and the car has cut out in the driveway and we've had to take a hike up the road to get some gas for it," he said.

He said he was annoyed that Z Energy, where he buys his fuel, did not alert customers on social media.

Z Energy said it was investigating 20 cases so far. Mobil and BP did not have numbers to share. The fuel companies said they would compensate anyone who had been affected.

The alarm was first raised with the Motor Industry Association in early December after it received complaints, chief executive David Crawford said.

"There's a lot of testing that goes on to make sure the fuel is the right quality," he said.

"So I still haven't had an explanation as to what went wrong this time when the batch came through with the slightly elevated sulphur levels."

Most of the fuel in question came from Refining NZ's plant in Whangarei, and was sent down the now infamous fuel pipeline to a storage facility in Wiri, South Auckland.

Refining NZ said the fuel was tested before it was sent, and was given the all clear. When the problem was raised, they tested samples which came back clear.

BP spokesperson Leigh Taylor said on behalf of all three fuel companies that their investigation could take some time.

"The supply chain is quite complex and there's a number of sources of fuel that each of us individually bring into the country," she said.

"We'd need to explore that and the shared storage as well, and look into exactly where the issue could have occurred."

The AA said it experienced a spike in callouts from people who had run out of fuel in Auckland. Some people in Whangarei and the Bay of Plenty could have been affected.