Almost two-thirds of pre-schoolers are drinking full-fat milk, despite Ministry of Health recommendations to drink the low-fat option. 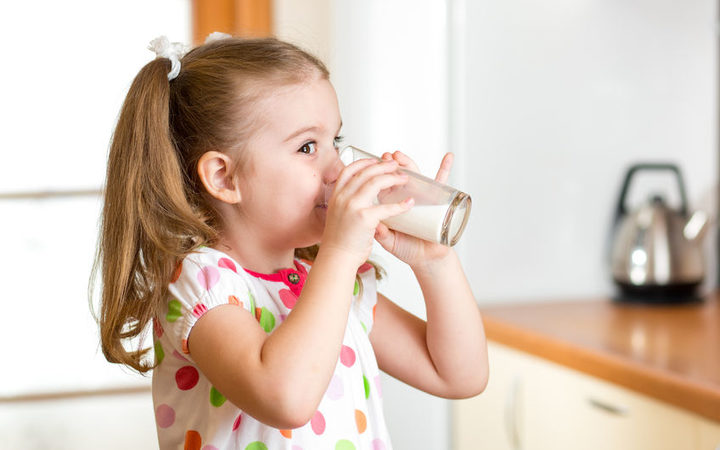 The findings come from a study published in the New Zealand Medical Journal on Friday after researchers collected information from 1329 children aged between two and four-years-old in 2012.

"From the age of two to three the Ministry of Health recommends that children who had previously been recommended to drink full-fat milk should start changing to a lower fat milk, to reduce the amount of energy that was being contributed by beverages in their diet and allow for that energy to be contributed from food and from more variety in the diet."

She said parents were previously encouraged to give their children full-fat but these days children did not need to consume as much energy as they got enough from other sources.

"[Low-fat] is reducing the amount of energy coming from the milk, when I was a child, energy for children was quite an issue so full-fat milk was encouraged for sure, but these days we're perhaps a little bit more concerned about children getting too much energy."

Ms von Hurst said the research showed that children were more likely to drink low-fat milk if they were older, lived in the North Island or were Pākehā, but it was unclear why.

"One of the most significant factors was maternal education - those who were tertiary educated were more likely to be giving their children low-fat milk.

"I think that cost may play a part, I think anecdotally that a lot of people think that full-fat milk is cheaper than reduced fat, which actually isn't true. Maybe it just relates to what the whole family is drinking, if mum and dad like full-fat then that will be what the family buys."

She said while low-fat was generally a better option than full-fat, it was pleasantly surprising to see a high level of pre-schoolers still drinking cow's milk.

"There definitely has been a move towards a slightly less positive attitude towards milk over recent years and a lot of people choosing to drink milk alternatives."

She said those who did not drink any cow's milk tended to have a medical reason for it.

"Probably about three-quarters of those who weren't drinking milk were doing so because they had some kind of medical condition or a cow's milk allergy. So in these days of many beverage choices and sugary sweet soft drinks taking the place of milk it was really pleasing to see that these younger children at least, are still drinking plenty of milk."

"The calcium provided by milk is by far the best source for growing a healthy skeleton, and it's such a critical time while children are growing."

Ms von Hurst said it would be helpful to do the study again soon, to be able to compare the findings to those of 2012.