Another drop in milk prices could be on the cards for farmers this season, says a dairy analyst. 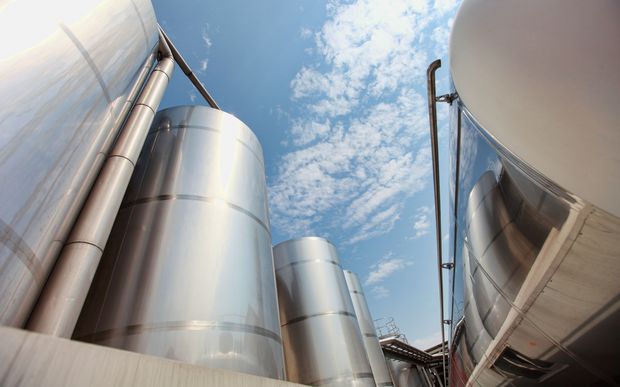 Fonterra has cut its milk price by 35 cents to $6.40 a kilogram of milk solids because of a weakening in the global market and higher production from Europe.

The global price of whole milk powder, which helps determine the payout to farmers, has dropped 10 percent in the past four months.

"Unless we see change in the market, we could actually see further revision of that milk price," she said.

"It's not looking like it's going to be a great season. It's getting dry so production is also slightly down, and then with the milk price coming back, your average-sized farm with this downwards revision in price, you've sort of taken $60,000 to $70,000 out of their income with this revision."

Ms Kilsby said this, combined with the ten cent drop in dividend because of the Danone case, is quite considerable.

"A lot of the spending on farm is already done for the season, a good chunk of that spending comes in the spring so there's not a lot farmers can do to alter things."

"It certainly makes it challenging because a lot of farmers are still carrying big amounts of debt that we've incurred during those very very low prices, so while it looks like you're making money this year, if you actually factor in that extra debt, then it's still pretty challenging."

'Disappointing but not surprising'

South Taranaki sharemilker Charlie McCaig said he was expecting Fonterra to cut its forecast milk price before the end of the year.

"Disappointing, but not suprising to anybody that's been following what the GDT auction has been doing.

"With the way this season is going with very little rainfall to speak of for the past six weeks... it's putting pressure on coming into summer, and at a very early point... so two not great things."

He said the payout is still much better than it was a couple of years ago when it dipped below $4.00 kg.ms.

"Anything above six is pretty good really."

Because of the dry weather Mr McCaig has today switched his 1000 cow herd to once a day milking to try and keep condition on them.

"Just to take the pressure off them, they've had a pretty rough ride through August up until this point."

The lower milk price and potential for a drought could result in other changes on farm.

"It'll affect how many cows we can keep milking bascially, if it is unprofitable to buy feed to keep cows milking then we won't - and will just dry them off."