Prices have risen slightly in the global dairy auction overnight for the first time in two months. 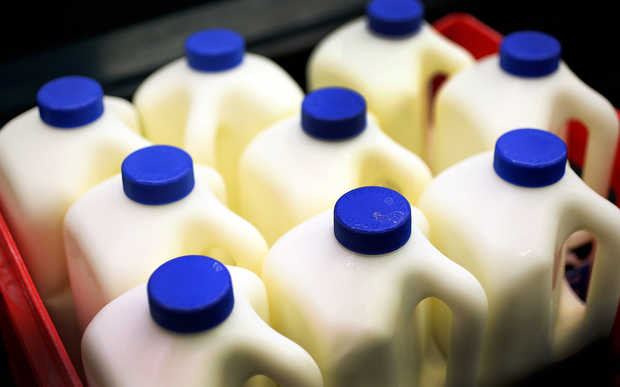 The average price rose 0.4 percent but overall prices are still at the lowest points in about eight months. Photo: RNZ

The average price was 0.4 percent higher than the last fortnightly auction at $US3091 a tonne.

Overall prices, and the price of whole milk powder, are still at the lowest point in about eight months.

Butter prices fell by more than 11 percent to $US4575 a tonne - well back from the record high of over $US6000 in September.

Volumes sold at auction were down 16 percent.

Most analysts are forecasting a milk price to farmers for this season of about $6.20 per kilogram of milk solids.

Fonterra is still forecasting $6.75/kg milk price but on Friday the co-operative cut its forecast dividend by 10 cents after Danone fined it $183million over the 2013 botulism scare.

AgriHQ analyst Amy Castleton says the lower volumes of whole milk powder on offer appears to have provided some support for prices.

"Nearly all of this product was sold," she said.

And butter prices had melted away.

"Butter was last at this price level in the early months of this year. Butter prices have now declined for five consecutive events, and have lost 25 percent of their value since September."