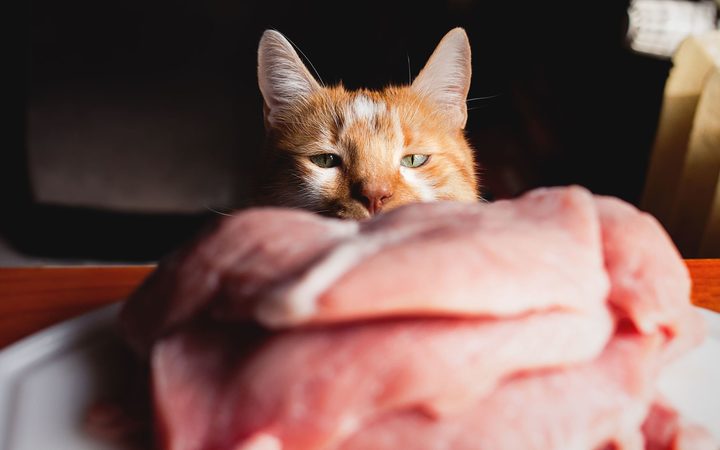 Dr Nick Cave of Massey University said raw food diets could be the paleo fads of the animal world.

Diets based predominantly on raw meat have gained popularity in recent years, with proponents claiming they help with allergies, improve animals' immune systems and keep their teeth whiter.

But a new study out of Utrecht University in the Netherlands shows many types of commercial raw meat-based pet food contain harmful bacteria, like E Coli and salmonella.

Dr Cave said that was just the tip of the iceberg.

"The most common problems that we see are in cats and dogs that are fed just muscle, plus or minus some organ meat as well.

"The most common deficiency we see is a deficiency of calcium, and that can lead to bone deformities ... or loss of bone density and then fractures in older animals.

"The range of problems that we see are mild to absolutely catastrophic, with multiple fractures and an animal that needs to be euthanised."

Those in favour of such diets say raw meat is what domestic cats' and dogs' ancestors ate - so these diets were closer to what these animals would be eating in the wild.

But Dr Cave said that was spurious reasoning.

"Many things happen in nature that we wouldn't argue as being good or beneficial or want for our loved ones.

"Infection with parasites, trauma, predation from other animals ... these are all natural phenomena, but we don't seek them out.

"And it's not true that animals in the wild live this disease-free, bucolic existence that we can safely emulate, and expect them to live out the same kind of expectancy that we can see in cats and dogs owned and fed a commercial diet."

Dr Cave said while raw meat diets can be safe with the aid of nutritional supplements, there was no research that proved they can boost animals' health.