Speculation about who has won a $6.5 million Lotto ticket has the Horowhenua town of Levin abuzz. 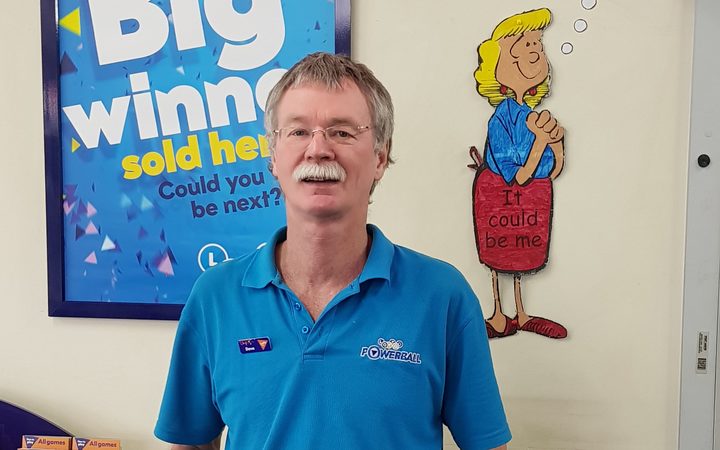 Levin Lucky Lotto store owner Dave Lyons says the rumour mill in the town has been in overdrive after the win. Photo: Supplied / Lotto New Zealand

The winning ticket was sold at Levin Lucky Lotto last year, ahead of the 27 December draw.

Shop owner Dave Lyons said it has been nearly two weeks since the draw and the winner has yet to claim their prize.

He said it was not unusual for tickets to unclaimed at this time of year and it was possible it belonged to a work syndicate which had yet to return from the holiday break.

Mr Lyons said he thought the lucky ticket belonged to a Levin local and there was lots of speculation among customers about who it was.

"Every second or third question is 'have they claimed it? Somebody come in yet?'"

The winner obviously was not aware they had the lucky ticket, Mr Lyons said.