New Zealanders wanting to get their hands on a copy of Michael Wolff's book about the Trump White House still have a couple of days to wait. 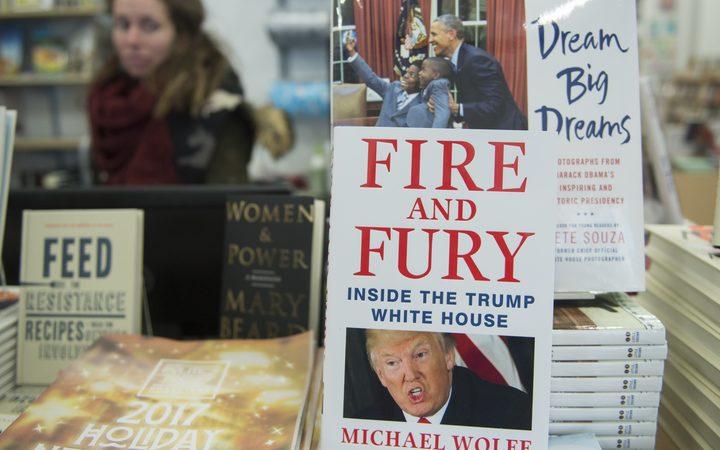 Eager readers are already able to buy the e-book version of Fire and Fury: Inside the Trump White House, but bookstores won't have physical copies until later in the week.

The book suggests that even the president's closest advisors question his fitness for office.

Fire and Fury went on sale early on Friday, days ahead of its scheduled US release, amid the president lawyers' attempts to block its publication. It has become an instant best-seller.

Unity Books in Wellington said they had had lots of pre-orders and requests for the book and they're expecting a big delivery.

Assistant manager Marian Castree said interest in the book is huge and that there is an enormous appetite among New Zealanders to know more about the controversial President Trump.

"We're anticipating huge interest because, you know ... the critiquing of Trump's chaotic activities has increased, like during his term is becoming more and more critical. So we've got hundreds on order."

He's expecting libraries to get their hands on the book by the end of this week or early next week.

At the Christchuch City Library there have been 53 requests to borrow the book.

However, there hasn't been quite as much interest at Time Out Bookstore in Auckland, with just a handful of enquiries, mostly from Americans.

But the store also has a large number of the books on order.

The official publication date for Fire and Fury is 9 January and books are expected in shops soon after that.