The wild weather has claimed its first death after a tree fell on a woman's car in Rotorua. 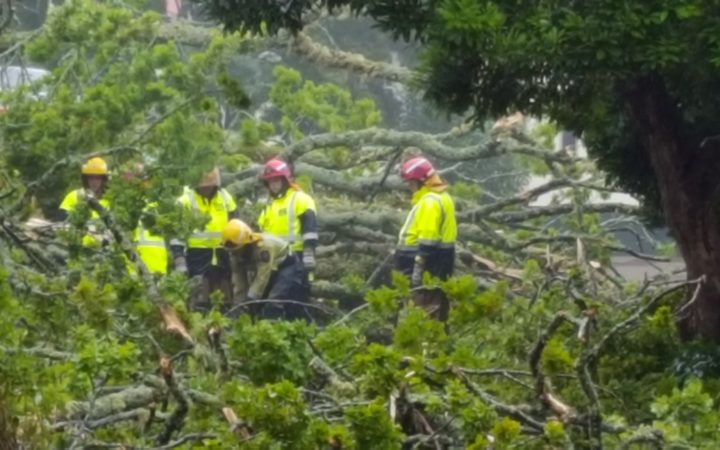 Crews work to free a person trapped in a car in Rotorua when a tree fell on the vehicle Photo: RNZ / Phil Pennington

Police said emergency services were called to Arawa Street, Rotorua, near Amohia Street about 10.45am, following reports a tree had come down on a car and building.

Arawa Street has been closed and diversions are being put in place while emergency services work to remove the woman's body from her car.

Police said as well as this incident, two trees have come down on Long Mile Road and one has fallen onto a car.

They said no one was in the vehicle. A tree has also come down across Sala Street in Rotorua.

Police said both roads are completely blocked and traffic management is in place.

For all the latest weather updates follow our live blog.