A 30-year-old man has been arrested over the robbery of a Porirua store on Christmas Eve. 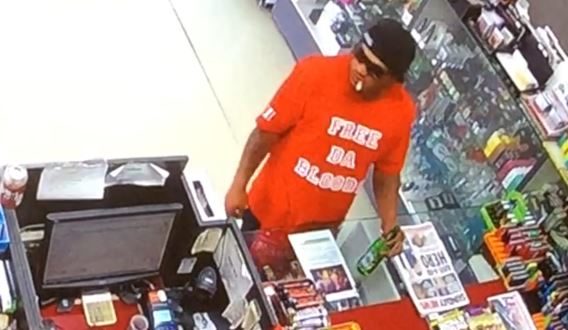 The attacker, as pictured, was wearing a red t-shirt and black jeans with a red bandana tucked in to the waistline. Photo: NZ Police

Police said the man entered the shop on Mungavin Avenue around 2pm on Sunday and punched the store manager, causing him to fall to the ground.

He then fled the store with cash.

The manager suffered moderate injuries to his face in the attack.

"We really appreciate those people who have come forward with information, which has helped lead to a quick arrest."

The man is due to appear in the Porirua District Court today, on a robbery charge.