Christmas Day barbecue plans might have to be put on hold in some parts of the country with rain forecast in the main centres. 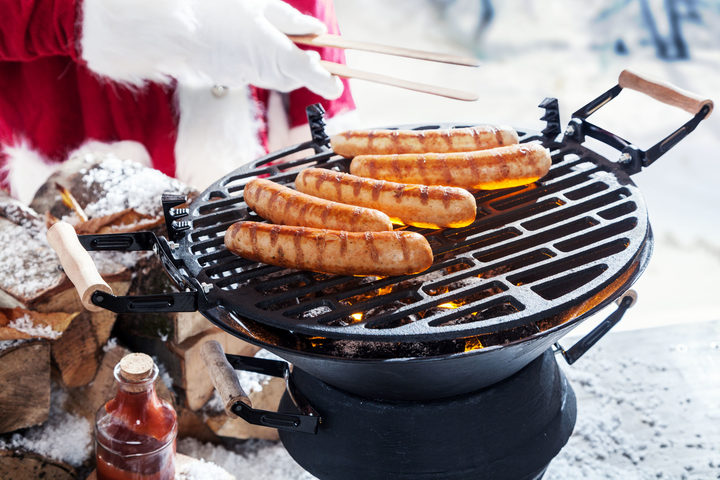 A severe weather watch is in place for Fiordland and Westland Ranges and MetService says up to 50 millimeters of rain could fall in six hours in those areas.

Eastern areas of the South Island will experience wet weather but more northern regions such as Canterbury will have a dry start and a hot Christmas Day with temperatures forecast to reach near 30 degrees.

Cantabrians should make the most of the good weather as rain is expected to arrive later in the evening.

However fire authorities in rural Canterbury are warning people to be extra vigilant with the high winds and soaring temperatures expected today after a large blaze destroyed four homes on Saturday.

Dunedin will experience the occasional shower.

Auckland is also expected to get a few showers at night but should be fine for most of the day.

Wellington will get a high of 21 degrees but a strong northerly will bring a not-so-silent night to some.

MetService yesterday said: "While it's unfortunate that the timing is for Christmas Day, there will be many places thankful to finally see some rain.

For the rest of the year weather, MetService meteorologist Tui McInnes predicts the final few days of 2017 will be much drier.

But he cautions that "cooler temperatures following the front will bring a contrasting boxing day for southern and eastern areas". Déjà vu strikes and the forecast situation for New Zealand ringing in the New Year parallels that for Christmas day.

"For New Year's Eve, northwesterly winds developing ahead of a front as a high pressure moves away from the country," says Tui. "This does mean that 2018 could start of wet for some, but we will have to wait a few more days to find out exactly who will get the rain as the clock strikes midnight."

Cloudy periods with a chance of showers and a high of 25C.

Long sunny spells, cloud increasing in the evening with a few showers and a high of 25C.

Sunny spells with a chance of showers this afternoon and Northeast breezes. Will reach a high of 26C.

Mostly cloudy with one or two showers and a high of 23C.

Cloudy with a few showers expected this afternoon and a strong northerly this evening with a not so silent night for some. Will reach a high of 21C.

A warm day with cloud increasing and occasional rain developing throughout the late evening. Will reach a high of 30C.

Cloudy with the occasional rain late morning which will ease late evening. Will reach a high of 22C.