Set nets appear to be scratching fewer Hector's Dolphins in Akaroa Harbour, and although that's good it makes it harder to gauge survival rates, researchers say. 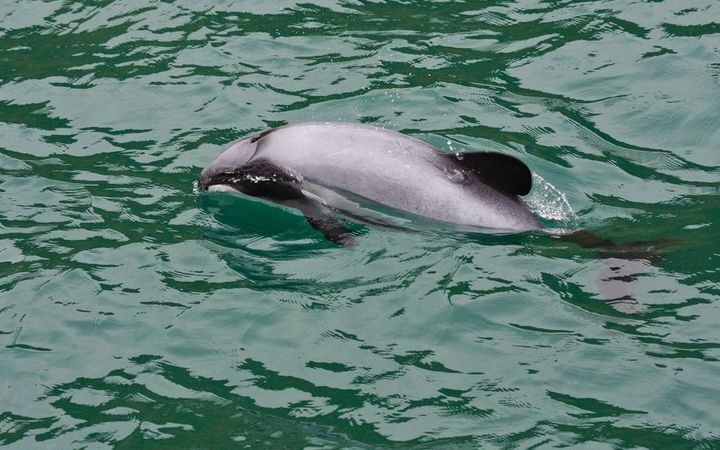 Akaroa Marine reserve has been in place since 2014, which means fishing and the removal of any living or non-living marine resource is prohibited.

She said dolphins could also get markings from other sources, such as sharks.

"It can be hard to delineate which is caused by which, but of all the types, set netting was the type that was restricted and could be contributing to fewer marks," she said.

Lindsay Wickman said while this was good news, it meant sample sizes could now be smaller.

"So everything we learn about the population comes from just this proportion of individuals that have these markings or nicks on their fins," she said.

"As our sample size becomes lower, it makes things like survival rate, which we use as an indicator of the health of the population less precise and harder to see if the population is increasing or decreasing," she said.

She said researchers use the dolphins who have distinct markings to monitor the species, rather than the more invasive method of tagging.

"It removes any impact that we as researchers might have on their behaviour, or even their survival rate, because what if we use tags which might make it more difficult to swim."

She said Hector's already tended to have less markings than other dolphin species.

"Bottlenose dolphins can have much higher mark rate, usually about 80 or 90 percent of the dolphins can be marked, that can make a big difference when trying to estimate population health," she said.

She said this could be related to Hector's dolphin's social behaviour, as bottlenose dolphins were more likely to have aggressive interactions with each other.

As technology improves, researchers might be able to find other ways of identifying dolphins, she said.