The chief executive of Waikato Institute of Technology will have his expenditure and restructuring costs independently reviewed. 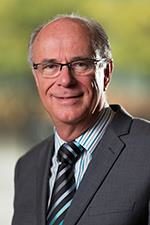 It followed a 2015 investigation into a complaint and allegations relating to Mark Flowers, Wintec Council chair Barry Harris said.

Wintec will not comment on what it was in relation to.

Fairfax - which has been investigating for two years - reported the original investigation cleared Mr Flowers of any wrongdoing in relation to places he visited overseas while on business trips.

Other serious allegations were not investigated, it said.

Fairfax had been threatened with defamation action if it printed the allegations made by former staff members.

Mr Harris said the Wintec Council had full confidence in Mr Flowers but recognised the media coverage was affecting the public's confidence in Wintec.

The Tertiary Education Commission has been advised.