Former Invercargill police officer Benjamin McLean has been jailed for at least 17 years for killing his wife and attempting to kill her partner. 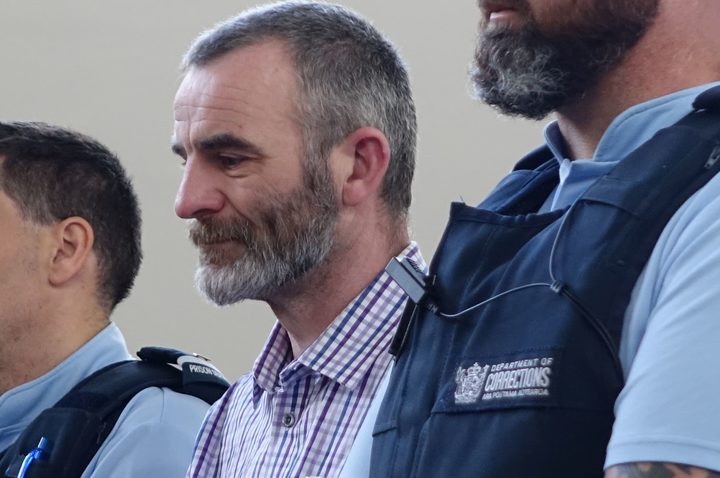 McLean appeared in the High Court at Invercargill this morning, where he was sentenced to life imprisonment with a minimum non-parole period of 17 years.

In a victim impact statement, Mr Duggan detailed what he lost on Anzac Day this year.

In the statement, Mr Duggan detailed how he fell in love with Verity, or Bert as he called her.

He described the three weeks they lived together in Otepuni Ave as the "best three weeks of my life".

"Bert was happy and she was relieved and she told me so every day," his statement said.

Mr Duggan's statement said his strongest feelings resulting from the attacks was guilt.

"I loved this woman and she loved me and I could not protect her from the evil of Ben McLean," Mr Laws said on his behalf.

"Bert didn't do anything wrong except fall in love with me and want a better life for herself and her children and for this decision Ben McLean decided she should die."

McLean tearfully read out an apology to Verity's family and their children.

"Bert was the love of my life and she broke my heart and soul," he said.

"I will live with the torment of being involved in her death for the rest of my life."

Verity's sister read out victim impact statements from several members of the family.

They painted a picture of McLean at odds with the man who ultimately murdered his wife in cold blood.

He was a "good father to his three children", the court heard.

"The act committed on April 25th was not typical of the Ben I knew," Cathryn Barber, Verity's sister, said.

The court had heard the then-Invercargill constable plotted and carried out the attack after his wife of 18 years told him on 5 April that she was leaving him for Mr Duggan, after the pair began a relationship in December last year.

The Duggan and McLean families had been close friends for about 15 years and holidayed together in Surfer's Paradise using the money saved from a firewood company run jointly by McLean and Mr Duggan. 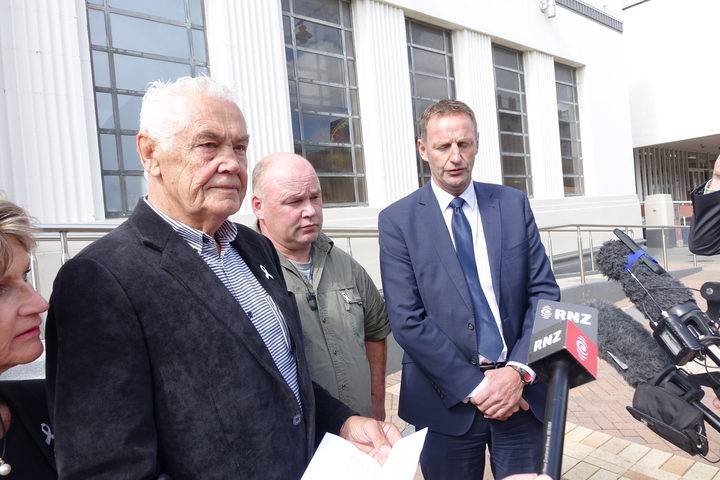 Court documents show that early on 12 April, McLean searched on the internet for firearms. His search terms included ".22" and ".22 for sale cheap".

On Anzac Day he travelled to Dunedin to drop off his and Verity's two boys to an aunt.

While in Dunedin he received a phone message from his estranged wife saying she had broken into the family home to retrieve her possessions and a glazier would fix the window the following day.

The pair spoke on the phone at 1.50pm and after the discussion became heated, McLean hung up.

He arrived back at his Invercargill home at 5.25pm and packed a backpack which contained a sawn-off .22 rifle with most identifying marks ground from the barrel and fitted with a silencer, a police radio tuned into the main Invercargill police communications channel, disposable gloves, hand sanitiser, black plastic ASP handcuffs - the same make and model of those previously used by the police armed offenders squad - a towel and a strip of towelling material.

He biked to the Otepuni Ave address Verity shared with Mr Duggan, entered the home and, after a struggle with his wife, bound and gagged her and then killed her with a single shot under the chin.

The pathologist noted 39 external injuries to Verity consistent with a fight before her death.

When police and ambulance staff arrived at the house they found Verity sitting upright on the couch and the pathologist said some aspects of the murder suggested it might have been intended to resemble a suicide.

After shooting his wife McLean lay in wait for Mr Duggan.

He arrived home about 8pm.

As he walked towards the house, McLean appeared and said "Garry".

McLean shot him twice before Mr Duggan was able to take the rifle from him and hit him in the head with it causing the stock to break.

A violent struggle continued between the pair and Mr Duggan was able to ram McLean's head into the gravel.

McLean stood up and took a wooden baton from his backpack and hit Mr Duggan on the forehead with it.

McLean put Mr Duggan in a chokehold from behind. However, Mr Duggan managed to wrestle the baton from him and strike him on the head from over his shoulder until the defendant released the chokehold.

Mr Duggan struck McLean on the knee caps with the baton.

The pair sat on the ground both exhausted and argued for several minutes until Mr Duggan forced McLean to flee the property chasing him off the property with the baton.

After the attacks, McLean called his eldest son and admitted what he had done.

The aunt took the phone off the teenager and McLean told her: "I have f***ed everything, I'm f***ed. I went around and shot and killed Bert and shot Garry."

He then called his daughter and admitted killing her mother.

His daughter's boyfriend and mother picked him up and took him to the police station.

A police officer took him to the hospital and on en route, McLean told the officer he had screwed up his life.

On 3 May, Verity's father visited McLean in Invercargill Prison.

During the emotional meeting McLean said he was sorry and that he lost control after Verity left him.

"She wouldn't talk to me or have anything to do with me and I snapped," McLean told Verity's father.

He had no criminal history and was a licensed firearms holder.

'He didn't lose her, he executed her'

Outside court Verity's father Bob Barber told reporters he did not feel McLean was sorry for what he did.

"I've known Ben McLean for 23 years and cannot comprehend how he could take Verity from us in such a cowardly, callous and brutal way.

"Justice has been served. Ben has now got 17 years to think about what he's done.

"He said he had lost the love of his life in court. He didn't lose her, he executed her."

Also speaking outside court after the sentencing, Southern district police criminal investigations manager Steve Wood said three inquiries had been held in connection with this case into the issuing of police equipment. McLean used plastic handcuffs like those formerly used by the armed offenders squad and a police baton in the attacks.

"Our families understand that the media have a duty to report on proceedings and that there is understandably a large degree of public interest in the story," the statement said.

"But for the families involved, and the children of Verity and Ben, this is not just another story. It is real life and we have to live it on a daily basis.

"This has been a very difficult year for us all and as Christmas approaches we are all going to find it a tough time but will get through it together with the support of those around us and community understanding.

"We believe that Southlanders are decent, family-oriented people, who would understand our need for privacy and sensitivity, especially for the children."