Heavy rainfall has drenched Timaru, with more than three times as much rain falling in the past 24 hours as the town got in the entire month of November. 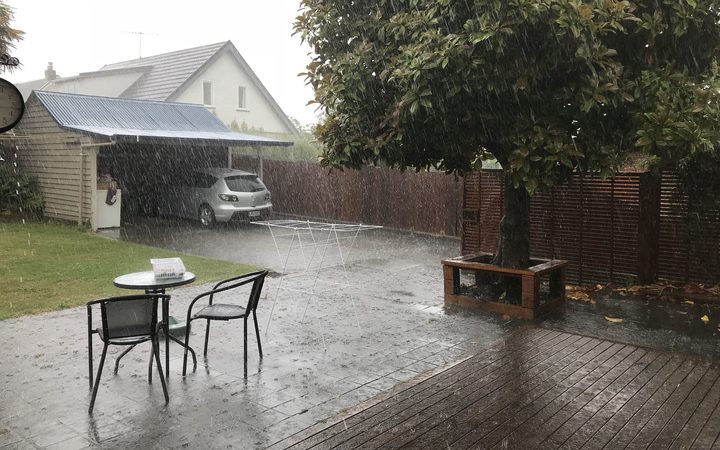 The deluge has resulted in flooding on low lying roads in the city, with stormwater drains blocked with debris struggling to cope with the huge volume of water.

The worst of the rain came at sunrise and had only just started to ease off now.

Timaru has received 27 millimetres of rain over the past day.

Timaru District Council spokesperson Stephen Doran said it had been quite a downpour.

"We're on the top floor of the building so it's a good rain gauge but you couldn't hear yourself think earlier in the day. The thing is we could really do with the rain and it's good for all our water systems but you wish it wouldn't all fall in one day."

So far the council had not had to close any roads and there had been no reports of buildings being flooded.

Fire and Emergency had 16 calls this morning.

Duty shift manager Rewai Grace said between 9am and 10.30am this morning crews were called out to help at at number of commercial and residential properties that were having flooding problems.

Mr Grace said the majority of calls were in the Washdyke area.

The forecast is for the heavier rain to move away and revert to showers for the remainder of the day.