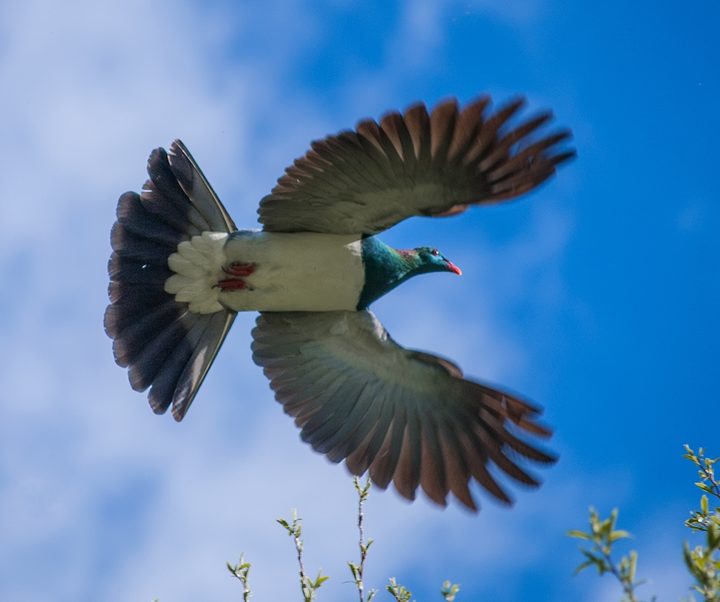 The yellow and black signs include a sillouheted image of the native wood pigeon and read "Slow for kererū".

Six signs have been put up around known kererū traffic danger spots, where the birds are known to be at risk from collison with passing cars.

"We just want drivers to be aware and to slow down a bit. Nobody wants to kill one of these wonderful birds, and slowing down in these areas will be good for human safety too."

The signs, located around Zealandia and Otari-Wiltons Bush are the result of a partnership project between the Transport Agency, Kererū Discovery NZ and Wellington City Council.

Kererū Discovery spokesman Tony Stoddard said at least 30 birds have been hit and killed by cars over the past year in the Wellington.

"When taking off, kererū often take a while to get elevation and so are at risk of being hit by cars, especially where there is vegetation close to the ground that they are feeding on. It is heart breaking to pick up dead birds from the roadside."

Mr Foster, the council's Predator Free Wellington portfolio leader, said the signs were a world first, as there was previously no officially gazetted kererū road sign in New Zealand.

He said the signs could now be officially used across the country.