Scholarships and prize-money were awarded to 20 young people in state care at the annual William Wallace awards in Wellington yesterday. 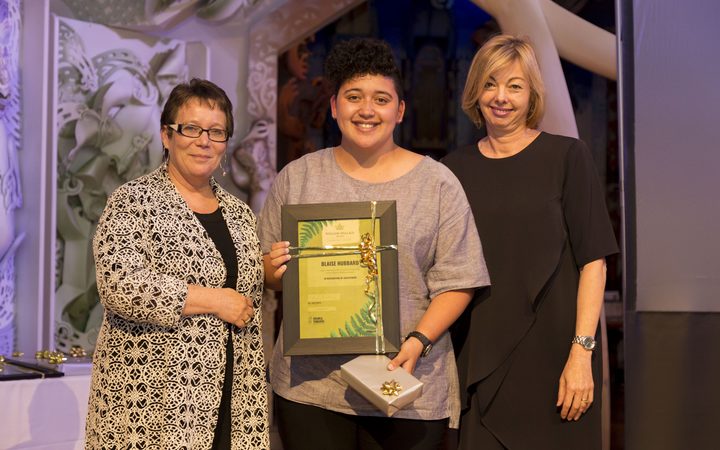 The awards celebrate people in the care of the Oranga Tamariki, Ministry for Vulnerable Children, who have overcome significant challenges in life.

According to last year's State of Care report by the Children's Commissioner around 5,500 young people are in care throughout New Zealand.

Blaise Hubbard, from Gisborne, has been in care since she was 8-years-old.

An accomplished musician, with a master on at least six instruments and dreams of being a music teacher - Ms Hubbard won tuition fees for her first year of study at Victoria University in Wellington.

But she did not see herself as disadvantaged.

"It's more your own mind set in how well you're going to do, you have to be willing to put in the effort to get places. I don't think I was disadvantaged with my predicament."

One of last year's award winners Dallas Thomson said he had moved homes 20 times over six years in care, but it was important to remain positive.

"When you move around a lot like I have you learn to grow up very quick as maturity is brought upon you at a young age."

"Don't let your past predict your future. These kids have the potential to be our future lawyers, doctors, journalists, politicians and also they are great role models for other kids coming through."

The awards are named after William Wallace who in 1989 donated his estate to the neglected children's department of New Zealand.

His will asked that the money be used so children in care could reach their full potential.