The CTV building collapse joins Pike River as another example of those responsible getting off scot-free, Justice Minister Andrew Little says. 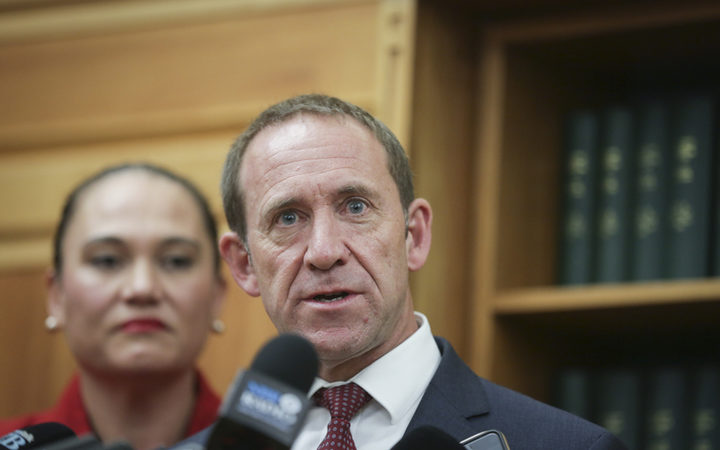 Police announced this afternoon there was insufficient evidence for criminal charges to be laid over the collapse of Christchurch's CTV building.

The six-storey office block was flattened in seconds during the major February earthquake in 2011, killing 115 people.

Police have released the advice from Crown law on taking a prosecution against Dr Alan Reay - the principal of CTV design firm Alan Reay Consultants - and the structural engineer David Harding.

It shows that although the Crown Solicitor thought there was enough evidence for a reasonable prospect of conviction, the criminal group Deputy-Solicitor General Brendan Horsley disagreed.

He thought a key difficulty for the prosecution was proving the CTV building would not have collapsed in such a big earthquake if it did not have the design errors.

The other barrier was the length of time between design and the building's failure.

Mr Little said he wanted to look at a corporate manslaughter charge sometime in the future.

"Right now my thoughts are with the families and I think they've got to absorb the advice that they have had.

"A bit like the Pike River families, they will be extremely disappointed that yet again a major tragedy - another disaster that seems to have been avoidable - everybody involved in it has walked away scot-free," he said.

"That's not right and I think we do have to do better."

He said a law change might be necessary to ensure prosecutions can be brought against people responsible for workplace disasters.

Lawyer Nigel Hampton QC acted as counsel for some of the families who lost relatives in the disaster.

He told Checkpoint with John Campbell he found it extraordinary that despite the evidence the decision was made not to prosecute.

"Why take a so-called conservative approach when, if they are correct in the view that there were significant design deficiencies in this building in which 115 people [died], surely the public interest is in a prosecution being taken," he said.

"I think it is a woeful decision."

Engineering New Zealand said it has overhauled its organisation in the wake of the CTV collapse.

Its chief executive, Susan Freeman-Greene, said first and foremost today her thoughts were with the families who lost loved ones.

She said everything her organisation had done to raise the bar for engineers has been in the shadow of this tragedy.

"We've changed our rules so that a member can't resign to avoid a complaint, and we've overhauled our complaints process.

She said engineers now have more obligations around reporting health and safety concerns about design as well as the work of other engineers.

Dr Alan Reay, the principal of the design firm responsible for the CTV building, said he remained deeply anguished by building's failure.

"While I am pleased that the investigation is completed the reality for all involved in the CTV tragedy is that it is still with us. I remain deeply anguished by the failure of the building and the continued pain and suffering of the family and friends of those who died as a result.

"Since the collapse I have spent considerable time and effort in researching the structure of the building including engagement of relevant expertise where necessary.

"I have tried to understand why the building characteristics changed after the September 2010 earthquake and then ultimately collapsed. It is my strongest hope that from this tragedy every possible lesson is learned," he said.