Aucklanders could face rates rises averaging 6.2 percent next year in the biggest shakeup yet of how they pay for the city's growing needs. 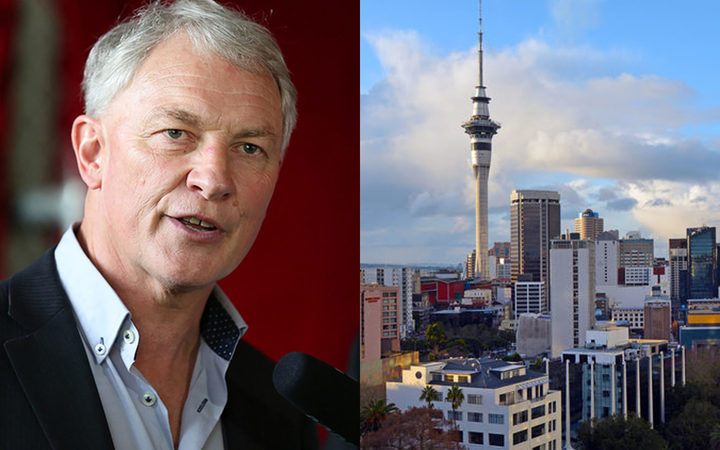 Mayor Phil Goff has unveiled an ambitious mix of new rates, revenue-shifting and even council asset sales to boost the spending on critical infrastructure.

The ideas are in his proposal for the city's 10-year budget, or Long Term Plan, the first year of which is effectively the annual budget for 2018-19.

The rating cake has new layers, built on a basic general rate rise of 2.5 percent, as Mr Goff pledged in his election campaign. The 2.5 percent is proposed only for the next two years, then rises to 3.5 percent.

An additional 2.8 percent would come in a water quality targeted rate, aimed at accelerating significantly some big infrastructure projects to clean waterways and beaches.

Another 0.9 percent is added by a natural environment rate to deal with threats such as kauri dieback, possums and weed infestations.

Those rises are partly offset by ending, as scheduled, the Interim Transport Levy of $114 on households and $183 on business.

For an average priced home around $1 million this will slice 4.8 percent off the higher rates, leaving an overall increase of 1.4 percent.

That percentage increase will rise progressively for homes valued higher than $1m, and decrease for cheaper homes.

However, that levy will then be replaced by a 10 cent-a-litre regional fuel tax, which the government has told RNZ should be in place in time for the council's next budget mid-2018.

Mr Goff has defended the proposed changes as being in line with his election pledge of keeping general rates rises at 2.5 percent.

"It's exactly what I promised - I said to people right across the community I want to get rid of the interim transport levy that's costing everybody regardless of how often you use the roads, and replace it with a regional fuel tax," he said.

New sources of revenue are also proposed, such as a targeted accommodation rate applying to properties where the entire home, or apartment, is offered on websites such as Airbnb, as visitor accommodation.

Mr Goff also wants to explore the sale of non-strategic assets such as the Downtown Carpark Building, and the possible sale and leaseback of council offices in central Graham Street.

The proposed 10-year budget ups the forecast capital spending from $18.7 billion over the decade, to nearly $25bn, with most of the increase in transport, partly funded by the regional fuel tax.

Aucklanders will be asked their views during consultation early next year on the budget, but will struggle to get a clear picture of how they are directly affected.

An additional variable is the impact of recent property revaluations, which affect how big a share of the city's rates burden is apportioned to each property.

Many lower-priced suburbs in the west and south already face higher than average rates rises because of that process, and extra costs could be imposed via the proposed 6.2 percent increase, and the cost of the fuel tax, if they cover high mileage.

Mr Goff still has aspirations for major new facilities in the city - a downtown stadium, or "national stadium" in his language, remains a longer-term ambition if government and private sector funding can be found.

Councillors will get their first chance to debate the ideas at a committee meeting this morning.