The deal clinching Auckland as the host for the 2021 America's Cup may not be signed before Christmas. 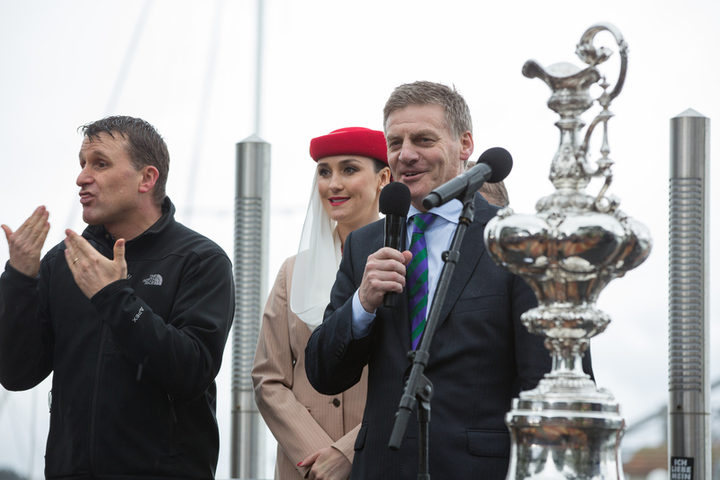 Key players have yet to formally meet over the terms of the agreement, which may include a hosting fee payable to the defender, Team New Zealand.

Unconfirmed reports emerged at the weekend of interest by Abu Dhabi and the Russian resort of Sochi in hosting the 36th Cup regatta, but the team said it was not actively seeking bids.

The regatta protocol released by Team New Zealand in September states that the event must be sailed only in New Zealand, or in Italy, if the Royal New Zealand Yacht Squadron and its Italian challenger of record agree.

The protocol doesn't require a venue to be named until August 2018, though in reality, preparations to build the village should begin early next year.

However the revelation of wishful overseas interest has highlighted the role of a Hosting Fee in the negotiations still to get underway between Team NZ, the government and council.

Traditionally, cup regattas were staged in the home port of the winning team - a custom which ended in 2007 when Alinghi from land-locked Switzerland sold the hosting rights to Valencia, Spain.

The cup-for-hire concept reached its peak in Bermuda, where the government paid more than $US34 million to defender Oracle Team USA, in fees and sponsorship guarantees.

A "hosting fee" will be a first for a New Zealand defence, although the government has previously invested in the 2000 and 2003 defences, as well as sponsoring Team New Zealand.

It contributed both to the construction of the Viaduct Harbour ($10m) and to the event costs in 2000, and chipped in $8.6m for the second Auckland defence in 2003.

Team New Zealand's bid to regain the cup in Valencia in 2007 attracted $33.75m of Government backing, and $36m for 2013, and a smaller sum for this year's successful challenge in Bermuda.

The focus on "who-pays-for-what" for the 36th America's Cup sharpened just days after it was announced that Team New Zealand had contracted London-based Influence Sports and Media to handle all commercial aspects.

IS&M said in a statement it would work on "partner sales, partner management, media rights and implementation for the 36th America's Cup Defence."