Team New Zealand's preference for a $190 million wharf extension to host the America's Cup in Auckland is winning little favour with either the council or the government. 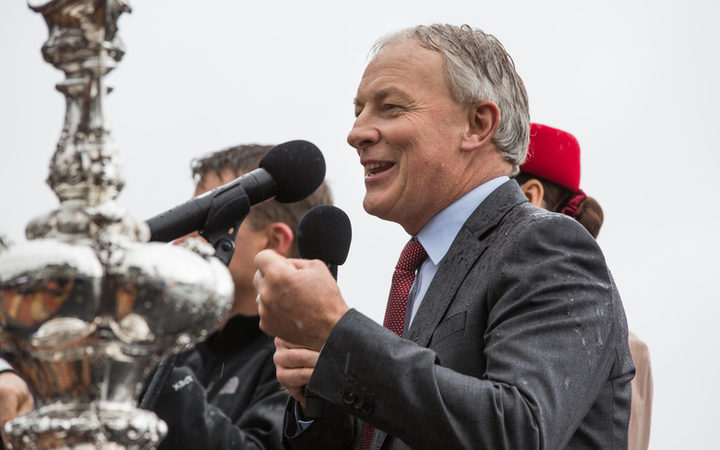 After several meetings at the weekend, five possible options for America's Cup bases have been narrowed down to three, with the focus now on mayor Phil Goff's preferred plan which avoids building onto Halsey Street Wharf.

Team New Zealand prefers the most expensive proposal which involves a considerable extension to the existing Halsey Street Wharf.

However Mr Goff said the focus was now on his preferred option which would spread the team areas to Wynyard Quarter and Hobson Wharf.

"We haven't ruled anything out yet and it's important to note that.

"But the discussions that we had with community groups and Team New Zealand did focus on the 'cluster option' because I think that is the area that represents the most compromise."

Mr Goff doesn't like the wharf extension idea because it's more expensive, more intrusive, and would take longer to build.

But before his preferred proposal got the tick of approval from Team New Zealand, Mr Goff said the team had some demands.

"It's about the depth of water, the shelter for the water, it's about ensuring there is enough space for the configuration of the new boat design... plus being able to have the bases sufficiently close that you can engender that village atmosphere."

"They have their preferences, we have our preferences and it's a case of finding common ground and I think we made real progress towards that."

Council staff and officials from the Ministry of Business Innovation and Employment are revising the current proposals and Mr Goff hoped to provide councillors with final options on Thursday.

However what hasn't been confirmed is how the costs will be shared.

"Look, the government recognises that the council can't do it alone, that there's is a benefit to the New Zealand economy that is substantial, that Team New Zealand can't be expected to foot all the cost of this.

"I'm reasonably confident there is a way through this."

Team New Zealand has said it would prefer to hold the America's Cup in Auckland, but it has also looked at Tauranga as Plan B, and could even take the event to Italy if it decided suitable infrastructure wasn't not available here.

"With many of the players in the team, and the financial supporters in the team being Aucklanders, I don't think there is a desire for them to go to Italy or to go to Tauranga or anywhere else for that matter.

"I think their first preference is to have that in Auckland and we are working constructively together to make sure that can become a reality."