An application for a fresh appeal in the Scott Watson case claims scientific evidence that helped seal his fate would struggle to stand up in court today. 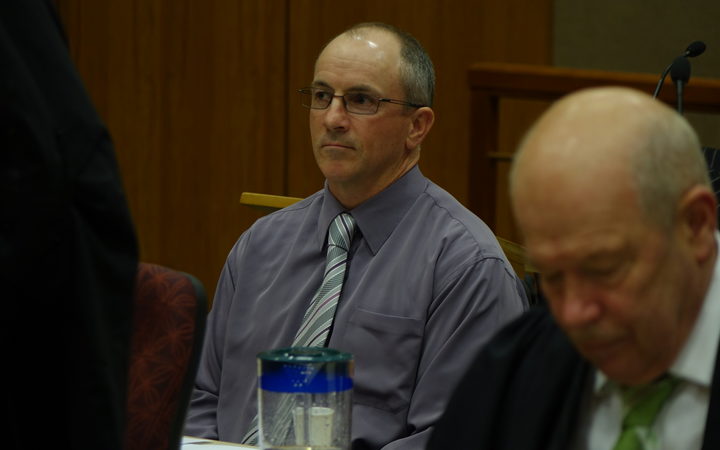 Watson supporters say the 1000-page application also includes reference material, affidavits and videos of ketch sightings. It also contains the names of two suspects who weren't disclosed to the defence before.

This is the fourth time Watson has challenged his convictions for the 1999 murders of Ben Smart and Olivia Hope in the Marlborough Sounds.

Watson applied to the Governor-General for a Royal Prerogative of Mercy after unsuccessful appeals to the Court of Appeal and the Privy Council claiming his innocence.

But he was turned down by then-Justice Minister Judith Collins in 2013.

Now a new application has been filed with Governor-General Dame Patsy Reddy. This time, it includes a report by forensic consultant Sean Doyle, which was commissioned by Brian McDonald, a Watson supporter.

In a 22-page report, Mr Doyle said the DNA and hair samples presented at the original trial were of a lesser quality than they would be today.

"The microscopic comparison of hair is no longer regarded as a very strong or high quality part of evidence. Because of that it would be strongly challenged today, if it was presented in court.

"Again, the DNA analysis back in those days wasn't as sophisticated or as discriminatory as it is today and therefore that DNA evidence would be more strongly challenged if it was presented in court today," he said.

Mr McDonald said this fresh evidence was important because the hair evidence was critical in the decision to turn down the first Royal Prerogative of Mercy.

Although two eyewitness withdrew their identification of Scott Watson as the mystery man, the hair evidence was strong enough to counter those withdrawals and ensure that the convictions stood.

"The 'hair comparison' process used by ESR resulted in 95 percent of 'hair comparison' cases where convictions were entered being overturned for the 20-year period to 2015. At any re-trial, the two hair evidence would be sought to be ruled inadmissible as unreliable or too dangerous to be put to a fresh jury," he said.

Mr McDonald said the hairs were not found on the home built sloop, but three months later in the lab when evidentiary hairs and sample hairs were examined at the same time, breaching accreditation protocols.

And he was also critical of the decision by the police not to follow up all the ketch sightings in the bay that day.

Watson's father Chris said he was grateful to Mr McDonald for his support and his son remained optimistic.

"It's good to have somebody that's sort of an up-and-at-em sort of person. I'm getting on a bit and it's good to know that there's people out there ready to take it up and do things," he said.

Justice Minister Andrew Little who will make a recommendation to Dame Patsy about the application, declined to comment.