Traditional Samoan tap tattooing has been the star turn at the New Zealand Tattoo and Art Festival in New Plymouth this weekend. 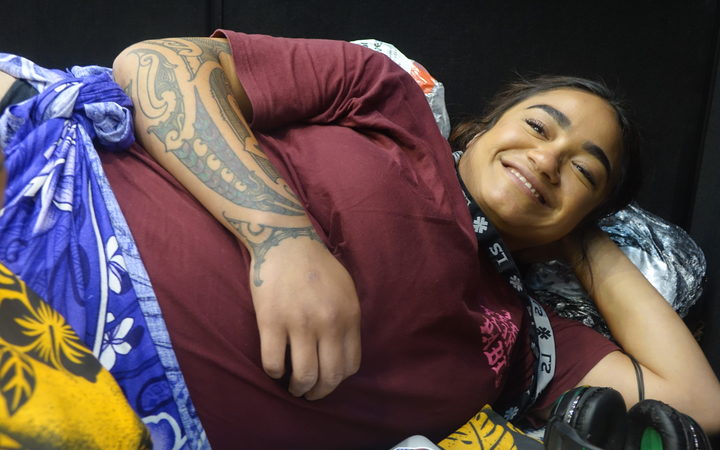 More than 8000 tattoo enthusiasts poured through the doors of the TSB Stadium to check out the work of about 250 artists including more than 100 from overseas.

Many had pre-booked to get inked by celebrity tattooists including those from US reality TV show Ink Nation while others were aiming to get walk-up appointments with an artist who took their fancy on the day.

Attracting huge crowds were Su'a Fuiavailili Lawrence Ah Ching and Brent McCown who are both exponents of traditional Samoan tattooing.

The former Aucklanders had returned from England and Austria respectively for the festival.

McCown, who learned the art from a neighbour in South Auckland and has been practising it for about a decade, said traditional tattoos were becoming increasingly popular in Europe.

"People at home here were not so interested in traditional tattooing. We all want what's on the other side of the fence.

"So by taking it to Europe I get to do it way way more and I get to practice it way more. I like that, the more I do it the better I get at it."

McCown said despite being a New Zealander this was the first tattoo convention he had attended in this country.

"When I left, a tattoo convention was pretty much a piss up in a pub and a few people would get a few awards at the end of it.

"So to have a proper convention where we can get to work and show what we do I thought, 'yeah, I've got to come and have a look at that'." 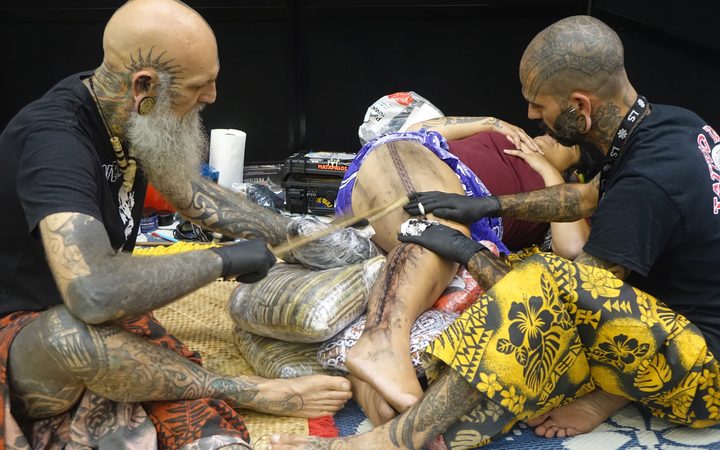 Ms Edwards said her mother inspired her to try a traditional tattoo.

She said the pain was more manageable than she had expected.

"The first couple of hits they were all right. It's just when it gets to the bone and it rattles on the bone, but other than that it's sweet. I was actually falling asleep."

Ah Chin said he did not see any conflict between the more commercial tattoos done in the traditional style and the pe'a and malu tattoos done for males and females respectively in Samoa.

"We are tattooing in the world of tattooing internationally so you might see us do small contemporary pieces to meet the needs of clients.

"For me it's like sharing cultures you know and that's what we've been doing in Europe and around the globe as well."

Ah Chin said another compromise was the use of single use steel needles rather than bone.

"It's sad to lose the bones but it's common sense you know. It's all about safety. We still put work on with the bones ...we put the bones to one side for special clients who want it, but don't use them at conventions."

Among the overseas celebrity guests at this year's festival is Las Vegas artist and star of Ink Master, Cleen Rock One. 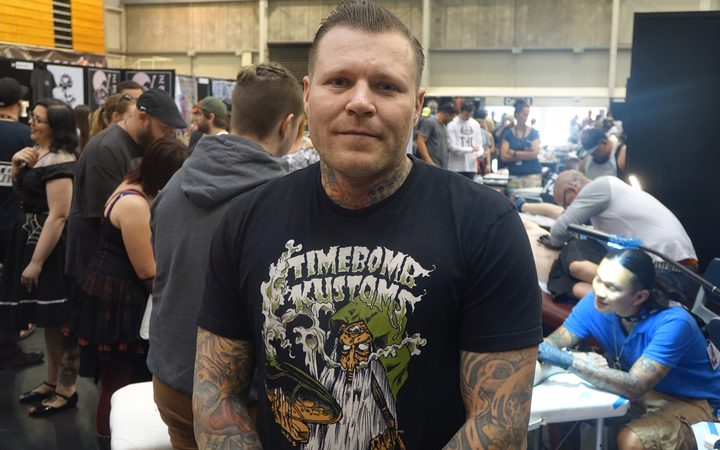 Described as an exponent of neo-traditional, bright and bold new school tattooing, Cleen was impressed with New Zealand festival.

"I've heard for years that this is one of the best shows to come to in the world and I don't travel too often I kinda stay in the States and this is only my second time out of the country and so far it's been pretty rad."

The tattooist, who charges US$250 per hour, had a long list of booking and was looking forward to a busy weekend.

"You probably couldn't ask for a better turnout I mean look at all these people. Anyone who's hosting shows this is the goal, you know what I mean, to have the place packed, to have a good time and a party. That's what it's all about."

Event organiser Brent Taylor said the festival had grown beyond his wildest dreams over the past seven years.

"I never imagined it would become so big with [X-Games freestyle motorcross star] Levi Sherwood and Head Like a Hole performing as well as TV tattoo artist.

Mr Taylor said he thought the festival, which was credited with pumping $5 million into the local economy was helping to make tattoos more acceptable.

"If you had to walk into a tattoo shop to ask questions about getting your first tattoo it's kind of intimidating.

"Whereas you can come and walk around here and look at it in your own pace and in a real friendly environment and if you want to talk to the artists you can and you'll see they're not scary.

"I think it removes any barriers." 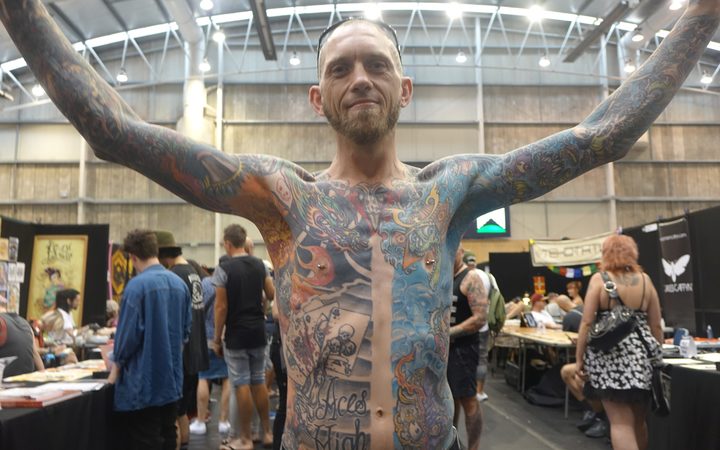 For New Plymouth tattoo enthusiast Daniel "Stretch" Stretton it was not so much about finding the resolve to have a tattoo done but finding space for a new one.

"I've got a full body suit. I've just got my head left to go so the lack of skin does worry me ...no more ink, but every year I'll come here no matter what. It's great to see new artists and see people getting into the festival."

Stretch reckoned he had few regrets about his tattoos.

"No regrets at all ...oh only one which I've got covered now. I lost a bet in Australia with an Australian tattooist. The All Blacks lost and I ended up with a kangaroo doing things to kiwis."