About 8000 tattoo fans from around the country turned up for the New Zealand Tattoo and Art festival which attracts tattoo artists from around the world and is now considered the largest event of its type in Australasia. 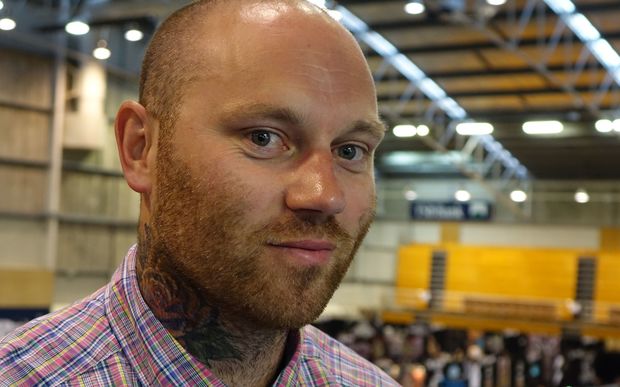 Festival organiser and New Plymouth local, Brent Taylor, said the idea behind the first show in 2010 was to organise a cool event for friends in the industry, but it grew more quickly than anticipated.

Now an annual event, some of the biggest names in tattooing approach him wanting to reserve a place.

"It's a crazy thing that it has got such a reputation now and all the best of the best want to come here. TV stars, all the ones on the reality shows, are all here and they all want to come down. They're asking me, they're ringing me or emailing. I don't even have to approach them."

And strangely enough, taking the scene to a provincial city at the bottom of the South Pacific seems part of the attraction.

"It's so small everyone hangs out together afterwards they go to the same restaurants, the same bars. I think the best thing for the internationals coming is that it's not just going to another city, Sydney or London, or whatever, where it will be just like any other convention they do. But because they come here it's so small and everyone comes from around the country and it's just got a totally different vibe." 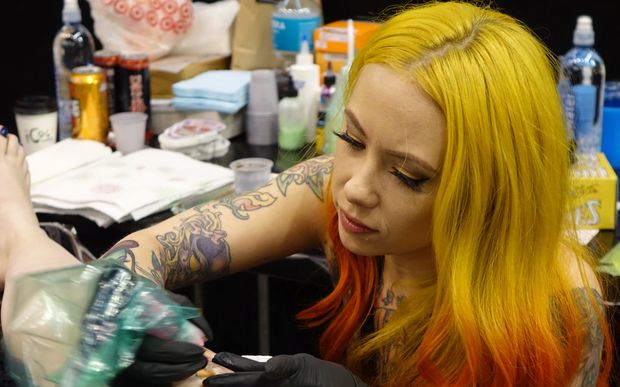 One of the feature artists at this year's convention was New Yorker Megan Woznicki aka Megan Massacre, who stars in the reality TV programme New York Ink.

The 27-year-old said when she started out the idea of a female tattooist was still taboo.

"Things were way different back then and there was way more of a stigma and you didn't really see women with tattoos let alone tattooing and you know I didn't know any women who tattooed when I got started.

"Honestly, I just grew up as an artist. I could draw really well from when I was young and wanted to know every kind of art."

But having committed to the art-form it still took a while to convince someone to show a woman the ropes.

"I decided I wanted to learn how to do it and it took me a couple of years to find somebody who'd actually teach me not say 'little girl just get out of this tattoo shop what are you thinking?' But finally I found somebody who was willing to teach me and I just took it and ran with it."

Massacre specialises in bright, bold hyper-realistic images designed to leap right off the skin and at $500-an-hour she does not come cheap.

But that was not about to put off Sarah Baynes, 23, of Christchurch who counts herself among Massacre's 1.6 million Facebook friends.

"I'm getting my pet cat Taffy done. He's pretty much the love of my life as far as cats go, and he's not living with me at the moment, so I wanted him as close to me now as possible."

She was was more than happy to make the $2500 investment saying you get what you pay for. 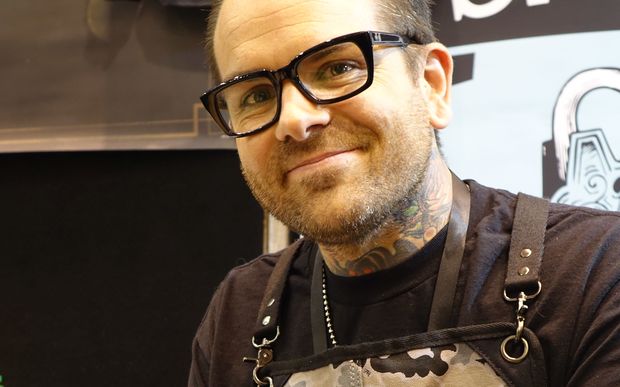 Ex-pat Kiwi and star of the reality TV show LA Ink Dan Smith was one of the star attractions and the New Zealand Tattoo and Art Festival. Photo: RNZ / Robin Martin

Images of moggies might have been thin on the ground at the festival, but Brent Taylor said there is no doubting the popularity of tattoos in New Zealand.

"There are stats out there that New Zealand is the most tattooed nation per capita in the world - which is pretty crazy. It's good for me because that is why this is so popular I guess, because tattoos are so popular in New Zealand and becoming more acceptable."

And that popularity means the festival which attracted close to 3000 people from outside the region last year generated more than $2 million for the Taranaki economy. 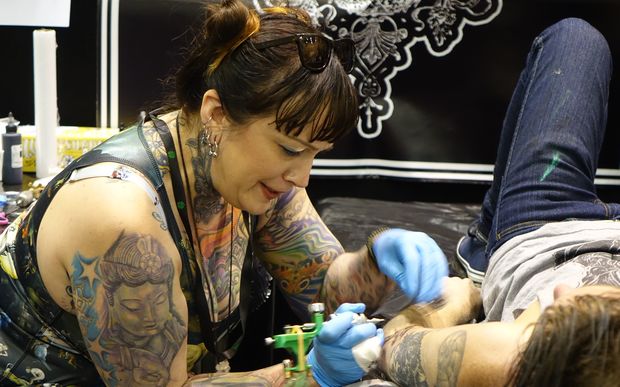