Two police officers charged with kidnapping a teenage boy in 2015 have been found not guilty. 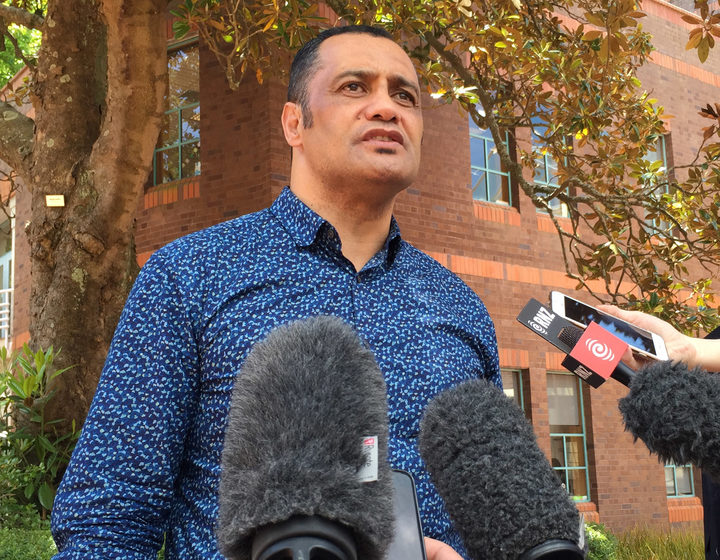 The young man, who was 17 at the time, said the officers searched him, put him in a cell and told him if he didn't move to Australia to get away from his underage girlfriend he would be charged with statutory rape.

Hurimoana Dennis and Vaughn Perry pleaded not guilty to the charges in the High Court in Auckland.

After a two week trial the jury today delivered their verdicts of not guilty.

Mr Dennis was found not-guilty on one charge of kidnapping. The Crown said he kidnapped the boy when he locked him in the cells at Auckland Central Police Station and searched him.

The defence said Mr Dennis was simply showing the boy around to show him where he could end up if he continued his relationship with his then 15-year-old girlfriend.

The jury also found Mr Dennis not guilty on a second charge of kidnapping - bought against him for an incident at Auckland Airport.

The Crown said the boy flew back from Australia after being forced to move there, when he landed at Auckland Airport the police meet him off the plane and took him to the airport police station.

Vaughan Perry was working at the police station the day the boy was there in 2015. The Crown said he was involved in detaining the boy by putting him the cell.

The jury found Mr Perry not guilty of the charge.

Family was only trying to protect boy - Dennis

Speaking outside court Mr Dennis thanked his lawyer Stephen Bonnar, the Police Association and his family, who he said had endured two years of stress and embarrassment.

"My actions or my involvement with this investigation and this issue can best be described as practical common sense, big picture policing with a bit of heart and a good blend of law and lore - that is my job."

Mr Dennis said the only thing he and Mr Perry did wrong was to be "proud Māori officers".

He wished the young couple well in their futures.

"There was so much more going on between the two families that scared the heck out of me," Mr Dennis said.

"There were some family members who should have come forward to tell the truth and they did not - they need to go and find their conscience [and] when they do they will find their morals, their values and their tīkanga."

Mr Dennis said the boy's family was only trying to protect him.

"That's why I got out of bed - to help a very very good family. All they wanted to do was to protect their moko, nothing more and nothing less."

Detective Superintendent Chris Page reiterated that court was the right place for the matter to be determined.

"This process represents how police hold ourselves to account and the expectations we have of our staff to act in line with our values and the high standards of behaviour expected by our communities," he said.

"We have an employment investigation under way and are therefore not in a position to make any further comment at this time."