Fire and Emergency New Zealand has justified controversial changes to fire rules being rushed in this week by citing the London blaze that killed 71 people in June.

As part of the changes, major buildings such as high-rises over 20-storeys tall, hospitals, care homes, stadiums, big transport terminals, any warehouse storing dangerous goods and large shopping malls will be subject to greater checks by councils and Fire and Emergency New Zealand (FENZ). 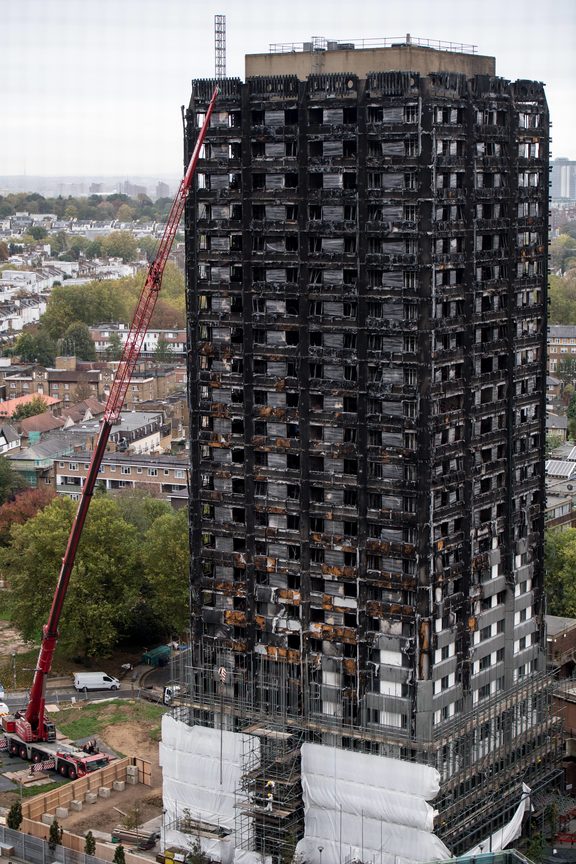 Rob Saunders, National Risk Reduction manager at FENZ, said more high-rises were going up so "there is a timely need to ensure controls are in place now to keep these buildings fire-safe".

In a statement to RNZ, he said: "The Grenfell Tower Fire disaster has highlighted the need to be extra vigilant with fire safety of large buildings."

He said the rule change, which comes into effect on Friday, will make tall buildings more safe.

But a fire engineering consultant who provided the government with briefings over combustible cladding - purported to be a factor in the spread the blaze spread - called the move scaremongering.

Dr Enright, who is based in Melbourne, advised New Zealand officials on combustible cladding and is doing the fire design at a large Auckland tower.

"I think Mr Saunders should be ashamed of himself. He's trying to draw a line between a terrible, terrible disaster and modern design in New Zealand which doesn't exist."

FENZ declined to be interviewed.

The Ministry of Business, Innovation and Employment has upset fire engineers and architects by rushing the change in within days, instead of the promised months.

"We have recently become aware of buildings being designed where the Verification Method did not provide Building Consent Authorities adequate assurances that public safety was sufficiently protected," the ministry's Dave Robson, Manager of Building Performance and Engineering, said in a statement.

The ministry said that in those cases of an unsafe design, councils made the designer rework it.

'It's going to create more chaos'

But Dr Enright rejected that as an "undocumented problem" that had cropped up after a secret consultation by the ministry with fire officials and Auckland Council.

Fire engineer Debbie Scott, who works in Auckland and Waikato, also had not heard about any unsafe designs.

"I agree with MBIE that public safety is foremost important.

"However, I haven't been informed by MBIE or by councils that there are buildings that have such large fire safety concerns that would require these immediate changes with no transition period," she said.

Society for Fire Protection Engineers president Michael James said that during an earlier ministry working group, concerns were raised "that some buildings were being designed that were not as safe as they should be".

It was considered an urgent problem on tall buildings and the fire rules were altered for them at that point, with the long-term aim of providing additional safety measures, he said.

However, this was not the case for all other types of buildings impacted by Friday's change.

"As far as I am aware, since the time of the public consultation documents we have not recieved formal notification that there are other buildings that may not have been designed as safe as they should be that needed to be urgently addressed," Mr James said.

"Nor have we been provided with specific details of particular buildings that may fall into that category."

The society would keep working with the ministry and try to make the incoming change as smooth as possible, he said.

Both the ministry and FENZ said the change would provide more certainty for designers.

"It's gonna do the opposite of what they think," Dr Enright said.

"It's going to create more chaos because when we had a set of rules ... everyone had to follow them."

The quality of the fire design would now be influenced by the judgement of individuals within councils and FENZ, he said.

The Society of Fire Prevention Engineers had asked the ministry for a delay.

Ms Scott said she had between five and 10 major projects, some with up to two years' fire design work on them, caught up in the rule change.

She said engineers thought the ministry would apply extra rules to tall buildings, but that widening the net to include so many other types of buildings and was entirely unnecessary.

The ministry said its industry consultation in mid-year yielded no consensus, and that it signalled to the industry in October this change was coming.

The Auckland Council did not respond to RNZ's request for comment.

However, building consents manager Ian McCormick said in a council update last weekend that very few buildings had been found to have combustible aluminium composite cladding.

He said comparisons should not be drawn with Grenfell Tower because the use of cladding in Auckland buildings was limited and associated with the likes of sprinkler systems.

"The Grenfell tragedy reminds us how important it is to have the correct fire safety features in place."