A $75 million budget blowout for Christchurch's planned Metro Sports Facility has prompted new minister Megan Woods to drop the contractor for the 2018 build.

The facility, being built by Christchurch regeneration state-owned enterprise Ōtākaro Limited, is planned to be New Zealand's largest indoor recreation and aquatic venue of its kind.

It is located in the city centre near Hagley Park, bordered by Moorhouse Avenue, Antigua Street, and St Asaph Street. 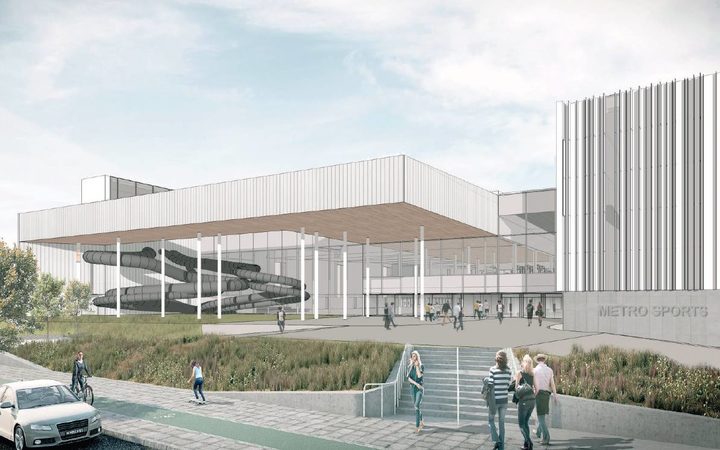 Announced as part of the Central City Recovery Plan following the 2011 earthquake, it was due to open in 2016 but long delays have meant the design is 80 percent complete and construction hasn't started.

Greater Christchurch Regeneration Minister Megan Woods said she had been advised the project - which incorporates a 50m swimming pool, netball courts and a gym - is $75m over its $246m budget.

"As an incoming minister this was incredibly disappointing to discover," she said.

She said this was due to an increased price by the preferred contractor for the design and build of the facility, and a significant risk escalation component.

"I've taken this decision because I do not believe we can stick to the same old approaches and expect different outcomes. As minister I am committed to getting things moving in Canterbury," she said.

"I know I'm hearing from far too many parents who are worried about their kids growing up without facilities." 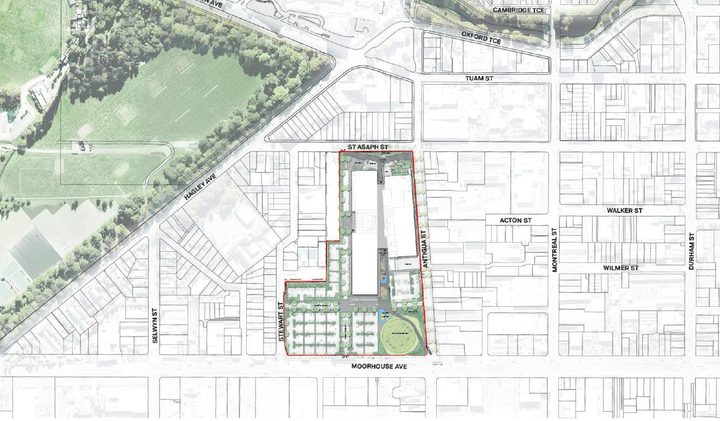 The Facility is intended to be located near Hagley Park. Photo: Supplied

Ms Woods said that to rein in costs she had ordered government rebuild organisation Ōtākaro to take the design of the facility in house and prepare a build-only contract with a new expected opening date of 2021.

"This government is committed to faster, concrete progress on the Canterbury recovery. We want action and momentum, not the delays and roadblocks we have seen in years past," Ms Woods said.

"That's why I am announcing today that the early contractor involvement will be cancelled, and I have instructed officials to undertake urgent work to get this project back on track."

Ms Woods had also requested a review of whether the facility is fit for purpose and would meet the city's needs, she said. She has asked officials to look into the benefits of combining part or all of the facility with a new stadium also being planned for Christchurch.

"What I'm proposing to do is in the next three weeks - so, before Christmas - work with council to actually do a pretty quick piece of feasibility."

"Having this work complete by the time a build-only plan is ready means no time is lost by considering other options now," she said.

Ms Woods said the people of Canterbury were promised a high-quality sporting facility, but it was clear that the plan agreed under the previous government was not going to be able to deliver that without unacceptable extra costs.