The government has confirmed 130,000 students will get a $50 weekly boost to student allowances and living cost payments from 1 January. 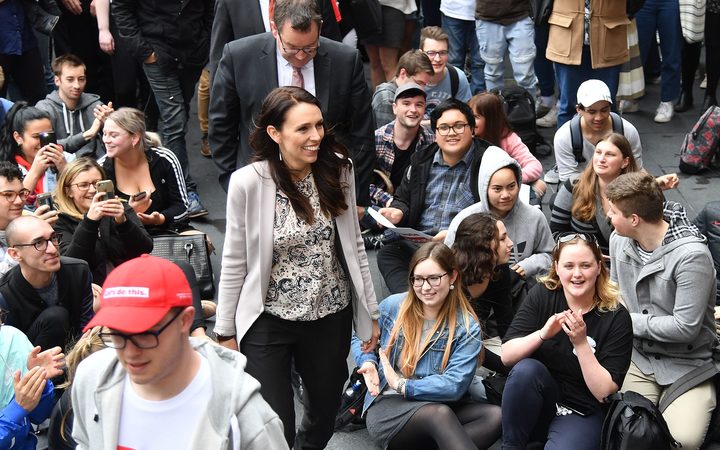 Jacinda Ardern during a visit to Victoria University in September. Photo: AFP

Education Minister Chris Hipkins said allowance payments for single students under the age of 24, who are living away from home, will increase from $177.03 a week to $227.03.

Mr Hipkins said there were no changes to eligibility rules for student allowances or loans.

He said the Labour-led government had heard the concerns of students and their families who have said cost is a barrier to taking on tertiary study.

"Improving affordability and access to tertiary education and training will improve opportunities both for our young people and for adult learners who have previously been deterred from taking on tertiary study and training because of cost."

The $50 boost was a major promise in Labour's election campaign.

Meanwhile, Mr Hipkins said the final decisions were being worked through to bring in the first year of fees-free education and training from next year.

He said students should plan accordingly and the government expected to be in a position to make announcements soon.

The increase to student allowances and the first year of fees-free study were both part of the Labour-led government's 100-day plan.