A new stand-alone government agency will be established in January, to start planning for a manned re-entry into the drift of the Pike River Mine. 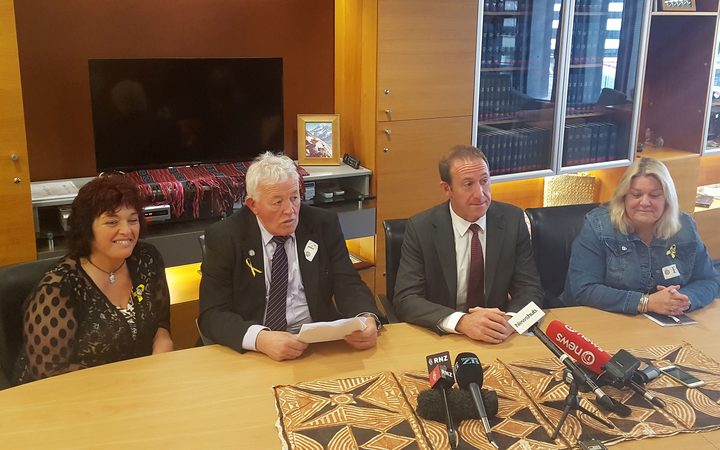 The department - which will have budget of up to $23 million over three years - has been announced this afternoon by Prime Minister Jacinda Ardern and Andrew Little, the minister responsible for the issue.

The Pike River Recovery Agency - Te Kahui Whakamana Rua Tekau ma Iwa - would be tasked with coming up with a plan to have the re-entry completed by March 2019.

Yesterday marked the seventh anniversary of the Pike River Mine disaster, in which 29 people were killed.

Ms Ardern said the agency would be working with the families of the 29 miners killed in the 2010 explosions on decisions about re-entering the mine.

"We're giving them the committment we're doing everything within our power to try, and that's all they've ever asked from us," she said.

The re-entry plan would involve going in to a previously unexplored 400 metre section of the drift.

The purpose of that would be to gather evidence to help put together a better picture of what happened at the mine in the lead-up to the explosions and in the aftermath, to prevent a repeat.

Ms Ardern said it would also give the families of the men overdue closure and peace of mind, and any human remains would also be recovered, if possible.

Both the government and the families have said safety is a top priority, and that could mean re-entry may not be possible, Ms Ardern said.

"We've always had to maintain that there may be evidence we're not aware of, there may be expert advice that throws up a counter view.

"We've committed alongside the families if that happens, we will work through that together. That is a major difference between the position of this government and the past government. Our endeavour is to re-enter, theirs was not."

Mr Little said the final decision about whether the re-entry would go ahead would rest with him.

He said the normal risk and hazard assessments would take place and his decision would be based on advice from the agency - which would be peer reviewed - as well as an independent advisor.

Ms Ardern said the government did not believe at this stage that any changes to health and safety legislation needed to be made to execute the re-entry.

Meanwhile, Ms Ardern has also scrapped current plans to send in a robot into the mine, which was due to be sent in by Christmas.

"Our view was that the evidence that sat behind that exercise doesn't stack up and we should focus our efforts, energy and resources into a manned entry."

This was not a surprising move, as Mr Little said earlier this month the plan, directed by the previous National-led goverment and Solid Energy, was an unfair "experiment " on the families.

During the election campaign, Labour promised to undertake a safe re-entry of the mine's drift.

Establishing a government agency and appointing a reponsible minister was part of Labour's 100 day plan.