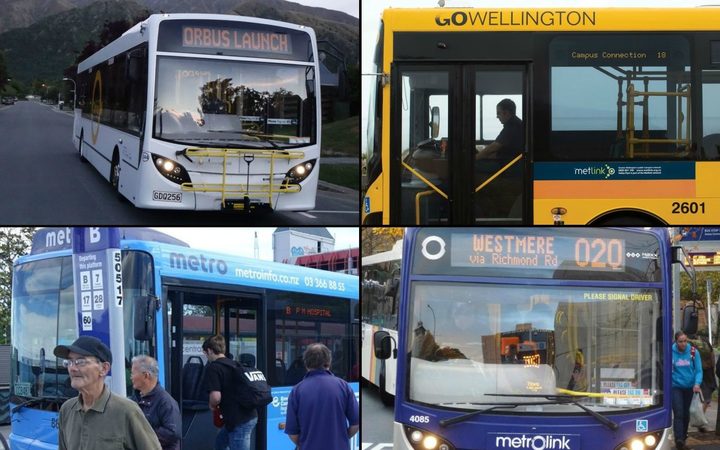 While property prices in Queenstown rank among the highest in the country, it can now boast it offers some of the nation's lowest bus fares.

The $2 flat fare for the wider Queenstown area was launched today, as part of a public transport overhaul aiming to double bus patronage and cut traffic. The move is being promoted as a boon for struggling service workers.

A rough comparison over a 10-kilometre route shows that is considerably cheaper than in New Zealand's main centres, although central Christchurch fares are close on Queenstown's heels.

According to transport provider websites in Auckland, Wellington and Christchurch, bus fares are structured around zones, and the number crossed in the course of a journey.

Auckland, for example, is divided into 13 fare zones. Auckland Transport said a passenger travelling 12 kilometres by bus and train across two zones - such as from Otara to Greenlane - would pay $3.15 using the new, reusable prepay smart card. The same route would cost $9 if the passenger paid cash.

Wellington operates a similar fare system that is calculated according to the number of zones crossed. The Metlink fare calculator for the 10km from the Wellington ferry terminal to Wellington airport shows a bus fare costs $7 an adult and $4 for a child.

In Christchurch, Metrocard users can save about 30 per cent off regular bus fares. A Metro spokesperson said the bus fare from Lyttelton to the central city - a distance of 12 kilometres is $2.55 with the card, or $4 without.

A similar distance between Nelson and Richmond on the NBus costs $4. The service is subsidised by the Nelson and Tasman councils and co-funded by the Transport Agency.

Queenstown's $2 flat rate began this morning along with increased routes and frequency of services, while parking charges in the centre of the resort are being hiked. Ratepayers and the Transport Agency are splitting the $4 million cost of the public transport changes.

Queenstown mayor Jim Boult said the old bus service was expensive and infrequent, and the $2 flat fee was a "pioneering game-changer". He predicted it was going to be "very successful", despite today's teething problems with buses not showing up and breaking down.

"Currently we have half a million people travelling on the old bus service. Our target is to get that out to about a million in our first year," Mr Boult said.

Otago Regional Council spokesperson Gerard Collings said two buses did not arrive at their stop today, and one ran out of diesel.

Mr Collings said drivers did not have the right timetable, and there were mechanical issues but that was to be expected because some of the fleet only arrived on Friday.