Prime Minister Jacinda Ardern will tell the Philippine president there have been too many killings in his war against drugs. 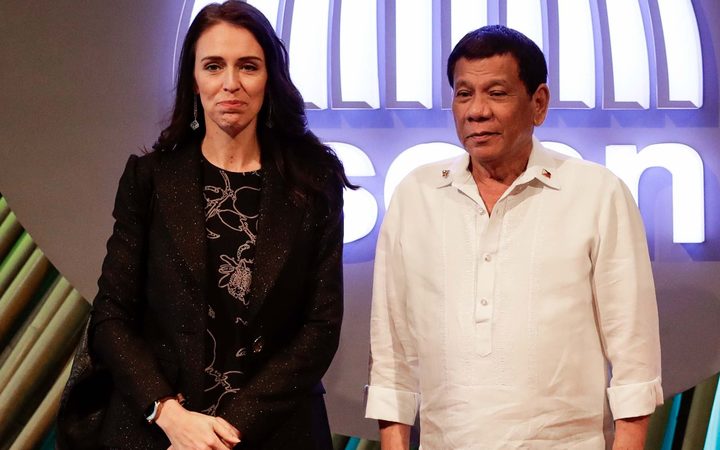 Since taking office in 2016, Mr Duterte has led a crackdown on crime and encouraged vigilante killings of those involved in the drug trade.

Police have killed almost 4000 people in operations throughout the Philippines.

Ms Ardern said she would urge Mr Duterte to carry out an enquiry into the high numbers of death.

"There've been various attempts for there to be oversight into some of the executions that have occurred. Our view is that number of deaths certainly requires investigation and oversight, at the very least."

But a spokesperson for the Philippine leader says the topic did not come up during their discussions.