A Nelson home-owner says it's taken more than a year and thousands of dollars to get a consent hearing to build a small rock wall outside his waterfront home. 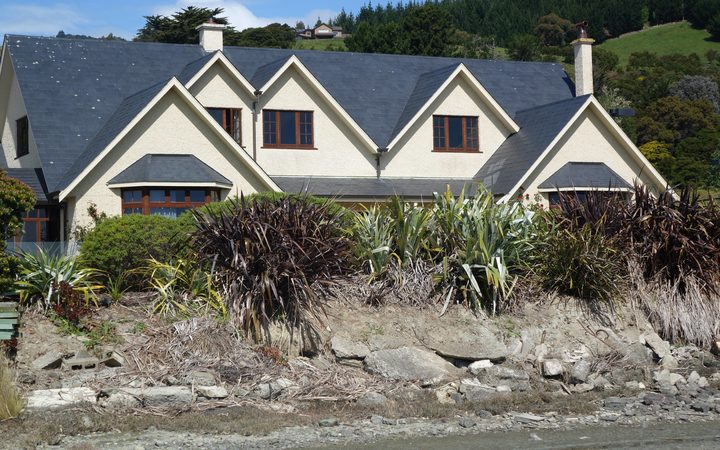 Nelson homeowner Gaire Thompson has been waiting more than a year for council consent for a rock wall. Photo: RNZ / Tracy Neal

Nelson City Council said the man undertook unauthorised work and when he eventually applied for consent, the submission was 'inadequate'.

But the spat comes alongside a new performance report showing the council has failed to meet environmental targets around timeframes for resource consent processing, as well as fresh water quality, and the amount of waste sent to landfill.

The report says a third of Nelson city's environmental measures have not been met, putting the activity second lowest behind transport in terms of achievements for the year.

At a meeting to sign off the annual plan, Councillor Matt Lawrey questioned how the council could claim success around environmental achievement, while councillor Mel Courtney said it was disturbing that in a region that relied on its environment to attract tourists, it had fallen short of targets by one third.

"Certainly in the area of supporting environmental initiatives, it's been a bit lean at a staff level. We're now in a position moving forward where there will be a greater emphasis in this area and I think that's a good thing," said Rachel Reese.

Performance measures come from information gathered during annual budgeting and from the results of an annual residents' survey. 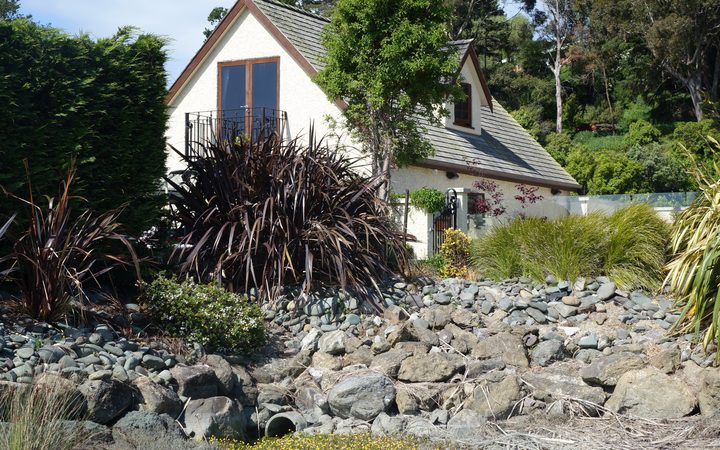 Nelson home-owner Gaire Thompson has been waiting more than a year for council consent for the rock wall outside his home. Photo: RNZ / Tracy Neal

Rachel Reese said investment would be needed if the council was to meet environmental targets.

"We don't want to have wastewater ending up in our beaches and our streams. We've got some pretty big capital works to do and you would have seen the mayor of Auckland raising those issues over the last few weeks. I think we're up for the challenge and I'm looking forward to taking it."

Ms Reese said the council had developed successful partnerships with environmental groups and organisations to drive a range of projects.

"Yes, we do have an issue in a number of areas, particularly areas like resource consenting are sticking out like a sore thumb at the moment. We're finding it extremely hard to recruit into those areas," said David Hammond.

But a Nelson home-owner disagrees staff shortages are the problem.

Consent for the earlier works was straightforward, but this time it's cost $15,000 on specialist reports, and a further $10,000 for a pre-hearing.

He said councils could do more to reduce their own workloads by simplifying the process.

"I think the staff could certainly speed things up by their actions being directed at trying to resolve things. The time [taken] and reports they expect from numerous people at great cost, it's unbelievable the cost of doing such a small thing," said Gaire Thompson.

But the council said Mr Thompson did not help expedite his own cause.

A spokesperson said the need for a consent was identified as a result of Mr Thompson undertaking unauthorised works in the coastal environment.

"He was required by the Court to apply for a consent. The application, when lodged, was inadequate. A request was made for an ecological report and engagement with iwi, which Mr Thompson took considerable time to provide to Council. The application was subsequently notified and there were submissions. As a result of discussions with the parties he then modified (very belatedly) the extent of the works to reduce the impact on the coastal marine area."

Mr Thompson said the decision was yet to be released.