An expensive box of electronics used in Wellington's Guy Fawkes display has vanished after falling off the organisers' barge in the city's harbour. 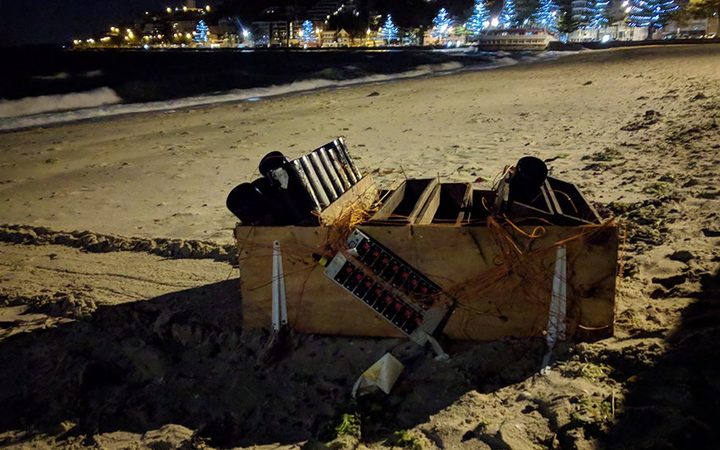 The box of equipment was found by a member of the public but disappeared again before organisers could collect it Photo: Supplied

The box was found by a member of the public after it washed up on Oriental Parade, but when staff from Pyrostar International, which put on the display, went to retrieve it, it was gone.

Wellington City Council spokesman Richard MacLean said the council was looking into how the box, which was used to set off the fireworks, ended up in the water.

It did not contain explosive fireworks and was not dangerous, but was worth a lot of money, he said.

"A good Samitarian found the box last night and put it under a tree, but unfortunately by the time the company people got there it had disappeared again.

"The council and the fireworks people would very much like to get it back."

Mr MacLean said other debris washed up on the beach is a normal part of the display, but floated onto Oriental Bay beach faster than usual due to the strong winds blowing on Saturday night.

Usually the debris washes up onto the beach gradually, and is cleaned up by the council. 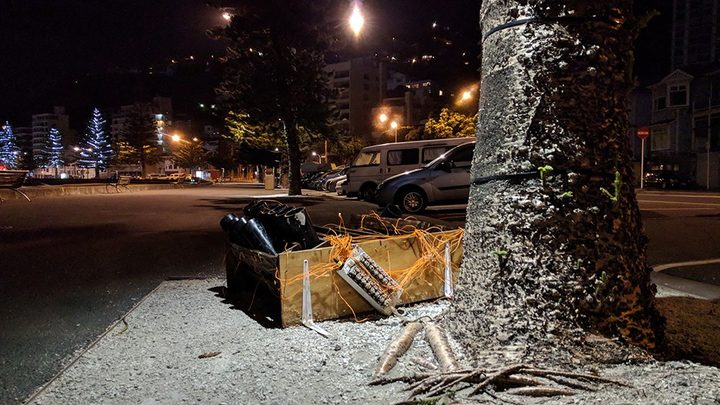 The box is not dangerous but is worth a lot of money, Wellington City Council says Photo: Supplied