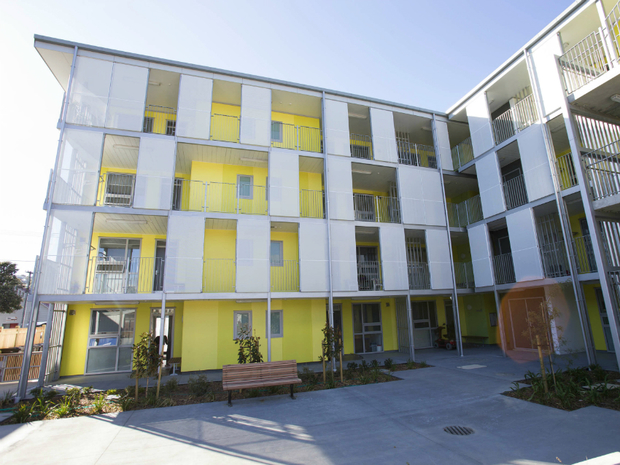 The research from the Department of Public Health at the University of Otago in Wellington has found simple modifications, such as using sealing strips on doors, help get rid of draughts in homes and make them an average of 1.36°C warmer.

The research was commissioned by the Wellington City Council in response to tenants' concerns about draughts in newly constructed council buildings in Miramar.

The Marshall Court complex was completely demolished in 2013 and 27 one-bedroom apartments double glazed, insulated and ventilated were completed in January 2015.

The block won an architecture award, however tenants complained about how cold the units were during their first winter there.

The council approached the He Kainga Oranga Healthy Housing team at the university to look at the temperatures and relative humidity of the housing.

The team's previous work showed that insulation and heating increase indoor temperature, while the new study showed that even in new builds, draughts could lower temperatures to unhealthy levels.

The lead researcher, Lara Rangiwhetu, said eliminating draughts with such changes went a long way to improving a home's warmth, which in turn could improve people's health.

"It doesn't take a lot to do, so that can be really beneficial for other tenants looking at making adjustments to their house, or hopefully encouraging landlords to basically improve the conditions of their housing by simple measures."

She said she hoped landlords and tenants would take the research on board.