Wellington City Council is looking at stepping in as lender of last resort for building owners with high earthquake risk facades. 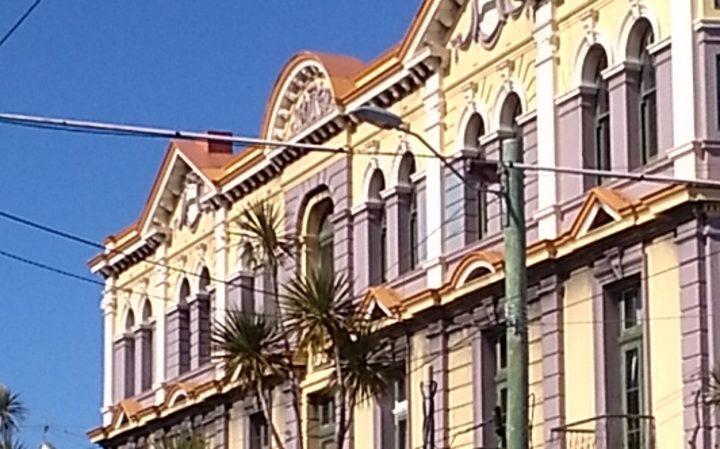 Owners of the heritage-listed Ashleigh Court Hotel in Newtown, Wellington are among those facing problems getting facades fixed. Photo: RNZ / Phil Pennington

About 100 building owners in the city face a deadline to fix their facades and parapets by March 2018, but two thirds are struggling and some cannot get bank finance for the fixes.

Council officers recommended today that the council lend owners the funds then get it back using a rate targeted at just their building.

It is unclear how much money might be involved.

"We would be wanting to ... offer it to anyone that it might help, and it may still not," city strategy committee chair and and city councillor, Iona Pannett, said.

"I mean, part of the problem with these [quake]-prone buildings is they are expensive so it's about having the ability to pay it back."

About half the owners want to do overall quake strengthening at the same time they fix the parapets.

"While this is consistent with the intent of the initiative, it affects the ability to meet the deadline," the agenda for the city strategy committee meeting said.

The agenda revealed other deadline problems, which was meant to be easier to hit because the work did not need building consent if it was done or reviewed by an engineer.

"However, engineers are becoming increasingly risk averse and concerned about their liability, given that they are responsible for the final sign off," the agenda said.

"Some are seeking the protection of having a building consent."

As well as wary engineers, contractors were "already stretched or fully committed" so might not be able to do the work.

Also, the costs of the work in many cases was far more than the $25,000 total assistance available for each building from the government and city council, and more than the initial government estimate of $30,000 on average per fix.

Council officers also recommended was for the council to spend up to $240,000 helping coordinate engineers and contractors to do the work.

Ms Pannett said the government was ticking by the 31 March deadline for owners to fix facades or face big fines. But she said there would be "flexibility" for those who were trying to comply.

A council committee will consider the recommendations on 9 November.

* 34 buildings face complex issues including lack of finance, complex ownership or the work having a big impact on neighbours or traffic
* 35 building owners have either begun work or are at an advanced planning stage
* 27 owners are at an early planning stage