A 62-year-old machine operator in Auckland will now get back surgery through the public health system after RNZ asked about his treatment. 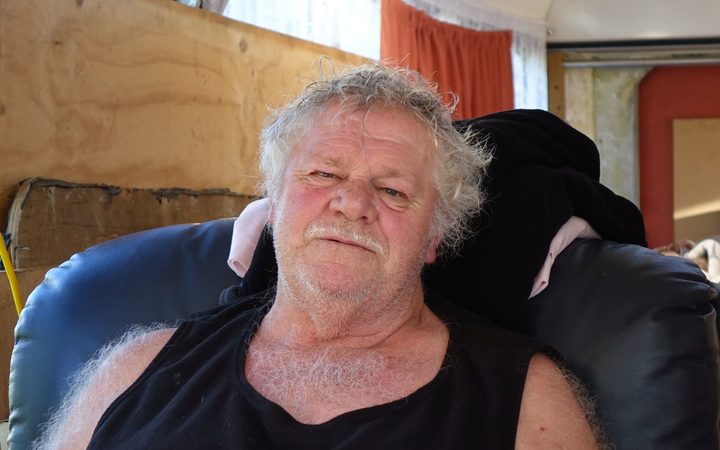 Terry Daniels said after multiple visits to the hospital he had about nine pain prescriptions. Photo: RNZ / Laura Tupou

He was given a concoction of painkillers and told he could get an MRI scan privately if he wanted.

He said his troubles began on 19 June.

"I was climbing into the back of a four-wheel drive little [Mitsubishi] truck, which is brand new, and the steps are all wrong.

"You've got to twist your whole body to get into it. And when I twisted my body it went 'crack' and I thought, 'I don't know about that'."

Mr Daniels said he did not rush off to the doctor because he's "old school" and thought the problem might come right by itself, but it didn't. 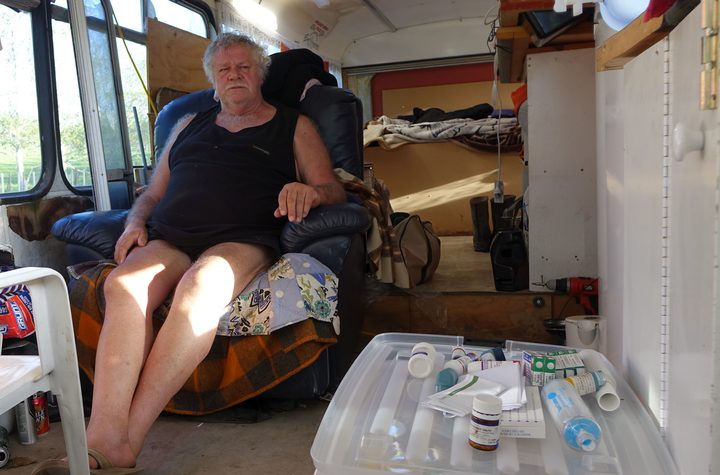 Mr Daniels with some of his medication. Photo: RNZ / Laura Tupou

After multiple visits to the North Shore Hospital, he said he still did not have a diagnosis but did have about nine prescriptions for pain killers.

"When you're loaded up with all this stuff... you've got movement but boy, you've only got movement for four hours.

"After that you've got pain, horrendous pain. So my style of living like this is not very bloody comfortable and at whose fault?

"Is it my fault that I went to work, or should I be on the dole for the rest of my life?"

After his third visit to the hospital he was told he should get a steroid injection but the wait through the Waitemata District Health Board (WDHB) would be 15 weeks.

He decided to fly to Christchurch Hospital and was seen promptly, he said.

Mr Daniels said back in Auckland a surgeon suggested he pay for an MRI, and he got a diagnoses the same day.

"It was all there in black and white… there was a big problem," he said.

"The last two sections of my back were blown out."

He was told surgery at a private clinic would cost $165,000 which he could not afford to pay, so he had been sitting at home in pain.

"I'm not keeping in touch with anyone now, they've all walked away," he said of the hospital.

"They just load you up with pain killers and you can sit here and rot."

Waitemata District Health Board said in a statement it had done all it could for Mr Daniels.

"Having investigated the matter, Waitemata District Health Board can confirm the patient was appropriately treated by our clinicians during his previous presentations to our services for back and hip pain.

"We stand by this treatment. However, we have immediately responded to the concerns raised and met the patient [on Wednesday] to explore other treatment options." 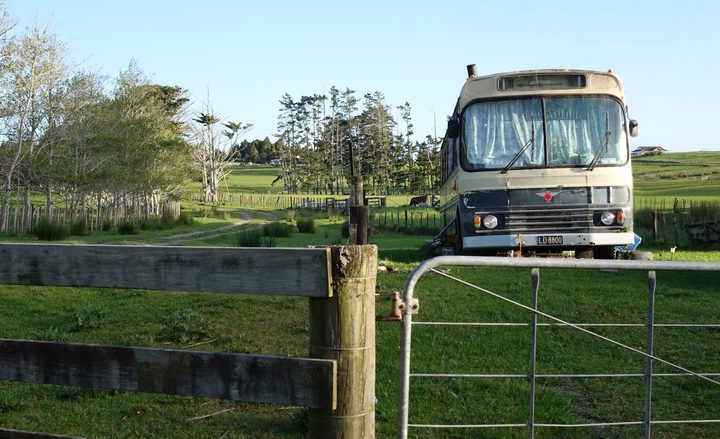 Since Mr Daniels' first interview with RNZ, and our questions to the DHB, Mr Daniels has met a surgeon at North Shore Hospital and was hoping to get an operation in the next 10 days.

The operation will replace part of his vertebrae with a titanium plate and he said the DHB would also do another MRI further up his back as a result of the investigation.

Mr Daniels said he was delighted he was getting treatment, but it was unlikely he would be able to go back to work as a machine operator.

His injury was labelled a 'pre-existing condition' and would not get any ACC cover for lost income.

Mr Daniels said he has spent all his savings, was now on the sickness benefit, with his income down from $1800 a week to just $300.