Mayors outside of Auckland hope the city's fuel tax will pave the way for new ways of funding their own massive infrastructure costs.

Transport Minister Phil Twyford will bring in a new law allowing the Auckland Council to introduce a regional fuel levy.

At 10 cents a litre, it will help pay for $15 billion worth of light rail as well as new busways, bike paths and roading.

Auckland's new tax will bring in much-needed cash for the city's struggling infrastructure needs and other council's around the country have pricked up their ears.

Local Government NZ head Dave Cull said the announcement, alongside a coalition commitment to review local government cost and revenue, showed the new government was looking at getting away from the "very narrow property-based ratings system".

"It's absolutely imperative that other forms of funding are provided for local government in the near future.

"There's a host of infrastructure that's needed and the lack of it is actually holding our communities' economic and social development back, but we need other funding mechanisms to achieve that."

Jim Boult, the mayor of the rapidly growing Queenstown district, said it was good news for cities like his in the midst of growing pains.

"I'm really pleased that they've come up with this idea for Auckland because it does send a signal that they're prepared to look at individual communities and their problems.

"We've got a massive infrastructure spend in front of us and it's keeping me awake at night to be perfectly honest."

But while all the mayors RNZ spoke to liked the idea of new ways of raising money - a petrol tax was not high on the agenda.

Mr Boult did not want a regional tax but wanted to see a tourists pay their bit.

"With last year four million commercial visitor nights in town, a reasonable charge on that solves our problems.

Greg Brownless, the mayor of booming Tauranga, said while the city shared a lot of Auckland's issues, a fuel tax was a last resort.

"It's something we could look at, but I would prefer that we look at existing government revenue sources first. As I believe they've had record sources of revenue over the last few years I'd like to see that put into it first and if that can't solve the problem then we could look at something like that but it's not one of my priorities at the moment.

He said he was keen on New Zealand First's policy to return GST on international tourist spend.

"In our own city that would have meant about $22 million a year to us. And that's big for a city the size of Tauranga but that doesn't seem to have been translated into any action so far in terms of the coalition agreement. I guess it's never too late but that's something that would be a really good start." 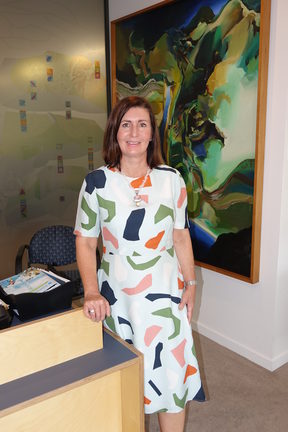 Nelson's mayor, Rachel Reese, said a petrol tax would only work in her city if she could guarantee it would also catch tourists.

"One size fits all won't work. What works for Auckland may not work for Nelson... but what we're doing is trusting that the new government will actually deliver on their promise that they will focus on regional New Zealand and deliver us something that is fit for purpose."

"It's essential that they do."

"There's a huge demand from tourists down here for all types of infrastructure, sewerage, roading, walkways and that type of stuff. So we need to have the ability to say yes we can provide that but someone has to pay and you have to make a small donation or contribution to that infrastructure. Otherwise our ratepayers keep paying."