The thousands of lives lost during the New Zealand Wars will be honoured in a new temporary exhibition at Te Papa. 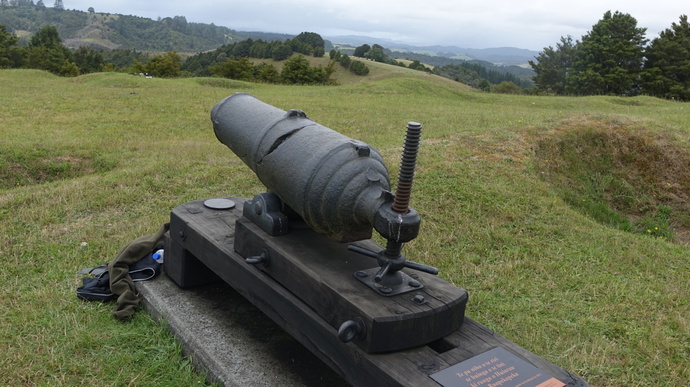 The site of the Battle of Ruapekapeka Photo: RNZ / Shannon Haunui-Thompson

The Rā Maumahara exhibition will open a day before the first national remembrance date for the New Zealand Wars on October 27 and run until May 2018.

It will showcase 15 taonga and 120 digital images depicting the people, weapons, and stories from the conflict in and around Taranaki, Waikato and Tauranga in the 1840s and 1870s.

Head of Mātauranga Māori at Te Papa Puawai Cairns said the New Zealand Wars was a deeply significant period in New Zealand's history but the stories were largely untold.

"There's been commemorations, especially among Māori communities, right across the country for a long time, but for it to be at a nationwide level, that's taken quite a while," she said.

"With Rā Maumahara it's about really creating nationwide conversations and really engaging with those histories."

Watch: NZ Wars - The Stories of Ruapekapeka, RNZ's documentary highlighting Northland's most infamous armed conflict made alongside Great Southern Television with funding from NZ on Air.

New Zealanders needed to remember the history of the New Zealand Wars in order to understand who they are and where they are going, Ms Cairns said.

"It's such a complex conflict, the New Zealand Wars period, and maybe it's just difficult for people to grapple with or they prefer to remember other battles offshore, who knows."

People visiting the exhibition would get "a bit of a flyover" of three of the major areas of the New Zealand Wars, she said.

"They're going to see a number of taonga from those battles and ... art on what battle scenes looked like."

It would be an introduction for a lot of people to some of the images, taonga and characters from the period.