A kea with lead poisoning was driven from Arthur's Pass to a bird hospital in Christchurch by the local police yesterday. 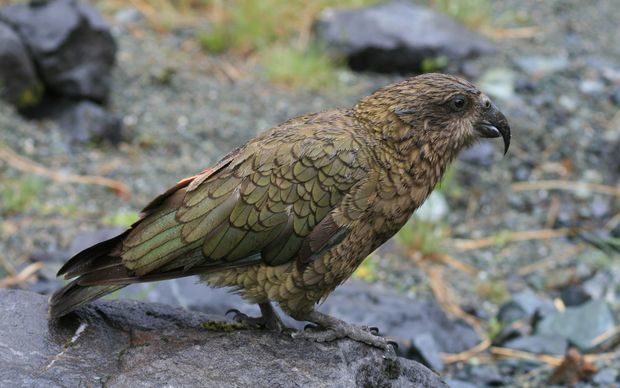 The Arthur's Pass Kea Team conservation group said the young kea named Wananga was one of two birds it had been looking for all this month.

Its spokesperson Laura Young said Wananga and Kerewa - both males - had been seen vomiting, which meant they might have lead poisoning from chewing lead nails and flashings on older houses and huts.

Wananga was captured, tested positive for lead poisoning, and taken to the South Island Wildlife Hospital in Christchurch.

"He was in a cage and we made it dark - so, put a towel over the cage - so that he stays nice and calm. And we had the policeman sing to him so he should have been happy enough, and he got there safely."

She said he would now be treated before being released.

"He got there safe and well and is now going to get his treatment for lead poisoning which is a chelation therapy which binds to the lead in the system and then they excrete it out over time," she said.

"And the amazing people at the Southland wildlife hospital do that treatment and look after them really well and then we can release them back into the wild."

Dr Young said Wananga would recover and a programme is under way to replace lead fittings in the area.