For decades farmers and community groups have planted trees and other plants alongside rivers to improve waterways, but the extent of riparian buffers and whether they're working is still not known. 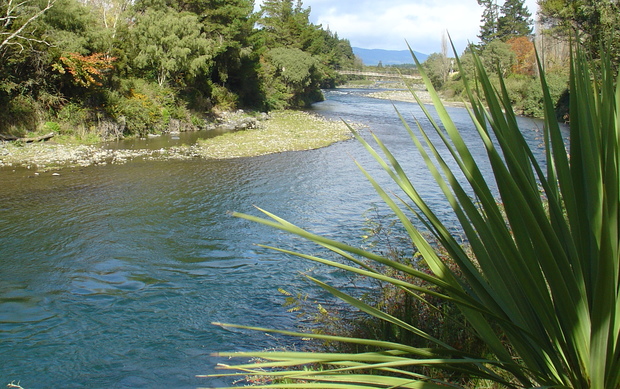 NIWA and Dairy NZ now want anyone who has planted along stream banks to formally record their work, to form a new national riparian database.

Riparian buffers are made up of plants which filter out sediment and faecal pathogens from waterways, stabilise stream banks and enhance biodiversity.

In the Upper Hutt suburb of Silverstream, a local group meets monthly and has planted ten of thousands of trees and shrubs.

Group member Sue Miller said the planting began in 1996 when the only original lowland bush in the area had become overgrown.

They were fortunate enough to get backing from their regional council.

"From other people's comments at various meetings, not everyone's council is as good."

NIWA freshwater ecologist Dr Richard Storey said the aim of the database was to provide a picture of planting that's been undertaken, and how much was being spent on doing it.

"We often refer to the fact that there's enormous investment in riparian planting around the country.

"But we have no way of quantifying that, so we'd really like to be able to ... say this is the total amount of investment that New Zealanders are making. I think the results would quite be surprising to everyone."

They're hoping to hear from those who have planted over a period of decades, given it can take a number of years to see the full results.

Ms Miller said her group had done its own research, and worked on a trial and error basis.

But collating data could be a challenge.

Her group was quite small in number and didn't have the resources or IT skills to fill out forms for a database, she said

Massey University senior lecturer in ecology Mike Joy said the reason there was so little data was a lack of rules on monitoring.

"The only requirements for reporting were around have you done it or not - not about does it work or not."

Dr Joy said data from the dairy industry was not entirely reliable, as a stream had to be a certain size to be considered a waterway for planting.

"The research is showing about 75 percent of the problems in our waterways come from those smaller streams that aren't included."