Mark Lundy was staring down the barrel of bankruptcy at the time his wife died and that was his motive for killing her, the Crown has argued. 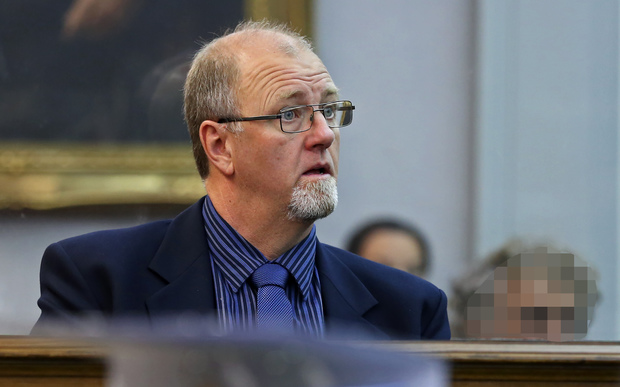 The man, who has twice been found guilty of murdering his wife and daughter, has taken a case at the Court of Appeal in an effort to have his 2015 convictions overturned.

The bodies of wife Christine Lundy, 38, and daughter Amber, 7, were found by Mrs Lundy's brother in their Palmerston North home on 30 August 2000. Both had been bludgeoned to death.

After a retrial in 2015, Mark Lundy was returned to jail to continue serving the life sentence upheld following an earlier appeal hearing.

The Court of Appeal also ordered that he be held behind bars for at least 20 years before being considered for parole.

Crown lawyer Philip Morgan QC told the Court today Lundy's finances were in a dreadful state at the time his wife and daughter were killed, and for months Mrs Lundy had been discussing that with her girlfriends.

"[Lundy] would obviously have had a very unhappy wife, whom everyone spoke of as highly astute in matters of business and money."

"There [had been] a whole flurry of calls between him and [his] wife about that the afternoon and evening [immediately before the murders], and that prompted the murderous rage which led to their deaths."

Mr Morgan said there were about five clear blows to Amber and seven to Christine, but the frenzied nature of the attack was shown by the fact several blows had also struck the headboard of Mrs Lundy's bed.

Regarding the 'burglary gone wrong' theory raised by the defence team, he agreed with Justice Asher that part of the Crown case was that had that been the situation, there would have been no need for a burglar to target Amber.

"Part of the Crown case was 'who kills a little girl?'," he said.

"What random burglar gets access to the garage, takes one of [Lundy's] tools, gets into the house without waking Christine, attacks her in her bed while she's asleep in a ferocious way and then, when observed by a little girl - and she was only seven - kills her?"

Mr Morgan said that fit with evidence from a witness, whose name is suppressed, that Lundy had told him he would not be in the situation he was in if his daughter had not seen what he was doing to his wife.

He also pointed to small fragments of orange and blue paint found in Mrs Lundy's head wounds, in washings from the postmortem and in the bedding, which were similar to paint Lundy had used to mark his tools.

Lundy's lawyer suggested this week that the jury had been 'drowning in a sea of science' and the Crown's scientific evidence had not been properly tested or peer reviewed.

However, Mr Morgan said that suggestion was 'very wide of the mark' and the fact Mrs Lundy's brain tissue had been found in two places on her husband's shirt was a central fact no one could get away from.

"A group of the world's leading experts in neuropathology said when they used routine techniques looking down a microscope they saw Central Nervous System tissue."

CNS tissue is found in brains and spines.

Mr Morgan said during the retrial the defence had not challenged the finding of that tissue on the shirt, but had suggested there must be some other explanation for it being there; for example contamination by the police during their investigation.

The Crown will continue its submissions on Thursday.