Police and the Automobile Association say road safety comes down to the way people drive, and other tools than speed cameras for reducing risks are more effective. 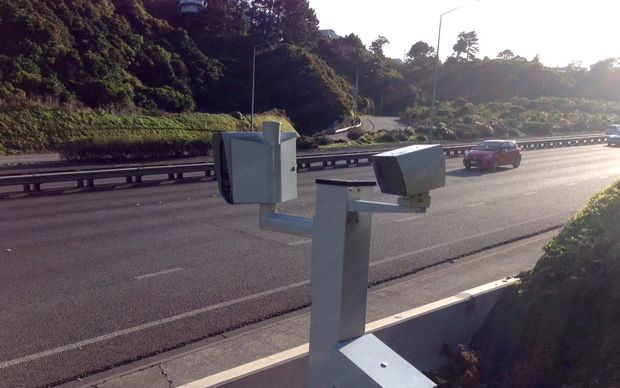 A digital speed camera in Ngauranga Gorge in Wellington. It and Auckland are the only regions with fixed-cameras currently. Photo: RNZ / Alexander Robertson

RNZ revealed this morning that much of the country has been without speed cameras for more than a year.

In 2014, police outlined plans to install 56 new digital speed cameras around the country by the end of 2015, but so far just 18 have been installed.

All of them were in Wellington and Auckland.

However, police road operations manager Peter McKennie said this was not a big deal.

"Road safety comes down to the way people drive, and the safe speed cameras are just one tool to try to encourage people to travel at safe and appropriate speeds and be mindful of driving safely."

The police website states the link between speed cameras and reducing speed is well documented.

When asked why it had taken so long to install the 56 cameras, Mr McKennie said there were issues with logistics.

"It's just like building a house really, you've got to go through all the consent processes for sites and all the rest of it.

"And very importantly there was a lot of consultation around the sites, a lot of analysis making sure that a safe speed camera was the right solution for that site, and also doing consultation with councils and the AA and so forth."

This year's road toll already stands at 297 - an increase of 43 deaths compared to this time last year.

And many areas where there were no speed cameras, like Waikato and the Southern District, have had their worst tolls in a decade.

"Of the people killed on our roads last year, 100 of them were not wearing seatbelts or properly restrained.

"We want the mandatory alcohol interlocks for repeat drink-drivers, that's coming in.

Mr McKennie said police were still planning to roll out the 38 remaining cameras, and they would all be in place by July next year, if not sooner.