A bus has crashed into a house in the Wellington suburb of Mt Cook, injuring the driver. 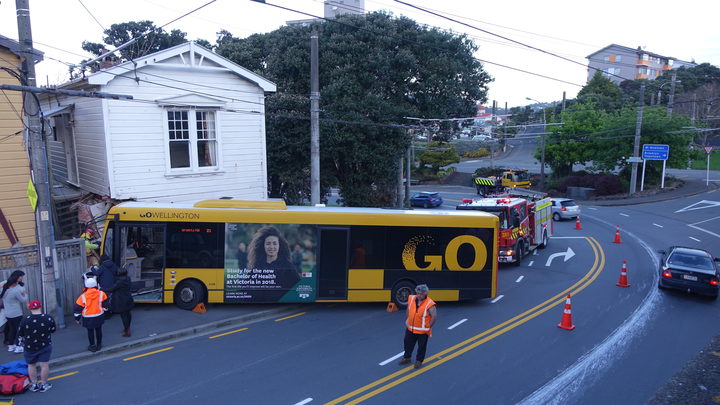 Emergency services were called to the scene just before 6pm.

So this just happened to my flat... pic.twitter.com/qdyuzfmHgE

Police said there were no passengers on the bus at the time and no one else was injured.

The northbound lane of John Street, which is a major thoroughfare to the southern suburbs, was expected to remain closed for some time while the bus was removed.

Motorists were advised to avoid the area, police said.

Holy crap! A bus has driven into a house on Wallace street #Wellington pic.twitter.com/UXFILbrT0p