A project renovating old houses is changing lives in one of Northland's neediest towns. 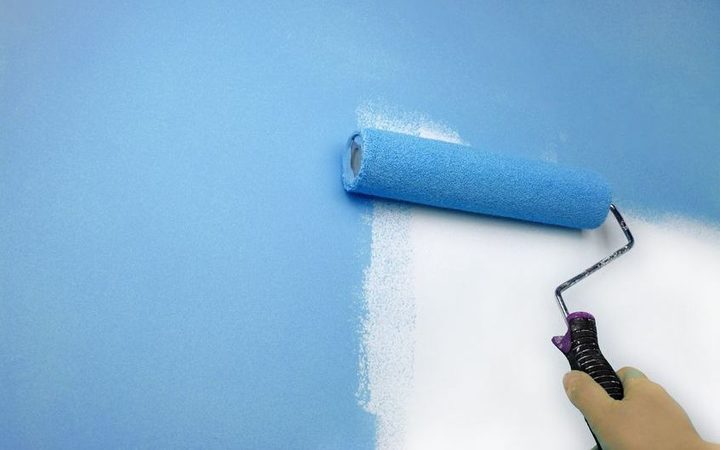 Moerewa, near Kaikohe, has embarked on a makeover that it hopes will continue under whatever new government is formed this month.

The town was once a thriving community where nearly everyone had a job at the freezing works or dairy factory.

But since the 1980s it has gone downhill, with more than 80 percent of its people on a benefit or retired.

Small sturdy weatherboard houses that line one side of State Highway 1 have taken on a desolate quality, as homeowners struggle to feed themselves, let alone repair leaky roofs or pay for paint.

One of the occupants, Georgina, is in her 60s and looking after a young adult son.

The deterioration in her house is fairly typical of many of Moerewa's homes.

"It was disgusting, really," she said.

"The roof was leaking - the two bedrooms were leaking, it was like waterfalls, and I was just getting sick all the time. I wouldn't let my grandchildren come here."

But Georgina's home now has a new roof, polished floors, insulation, a walk-in shower and a sparkling paint job inside and out. 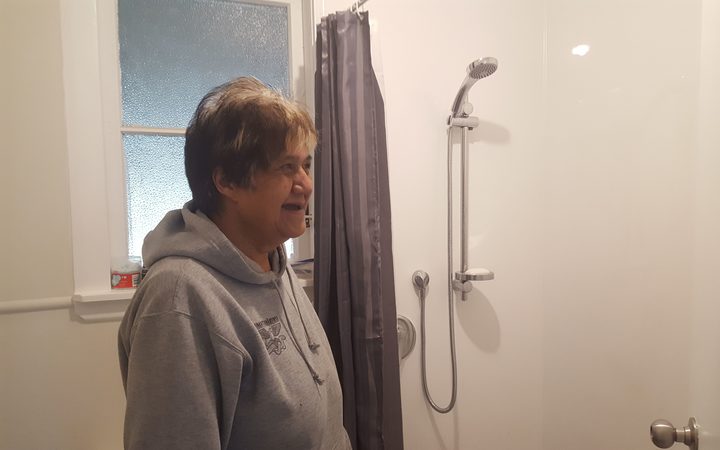 The house is one of 15 in Moerewa selected for major repairs in a project run by the town's He Iwi Kotahi Tatou Trust.

Funding has come from Te Puni Kokiri's Māori Housing Network, with help from Presbyterian Support, and an Auckland paint factory.

Paint Plus co-owner John Warman was inspired to help after talking to a Presbyterian Support staffer.

"She was looking for paint for some refugees painting a mural, but we got to talking about small towns that had been smartening up," he said.

Mr Warman had noticed the changes in Moerewa's neighbouring town, Kawakawa, in recent years as he drove north for holidays.

"The town in the north I thought had done a superb job was Kawakawa," he said.

"And the one that had gone nowhere and probably one of the worst on State Highway 1, was Moerewa. I said 'wouldn't it be nice to see the houses in Moerewa getting painted, and I think I know a way to go about it because we get paint returns.'"

That conversation led Mr Warman to donate about $40,000 worth of paint to the Moerewa makeover.

'The toilet was basically falling through the floor'

He Iwi Kotahi Trust chair Ngahau Davis said that generosity was matched by tradespeople who gave their time to supervise building, plumbing and electrical work.

Young unemployed people had learned new skills like floor-sanding and painting, giving them a sense of self-worth and the chance of full-time work, and the old-school community effort added considerable bang to the government bucks, Mr Davis said.

"Te Puni Kokiri gave around $35,000 per house. That's just enough to do a roof and put in new plumbing and so on, but we were able to double or even triple [the value of] that money, because we had no labour costs, thanks to Northtec and the Regent Training Centre," he said.

The savings meant the Trust could afford to buy items like stoves and hot water cylinders for people who had been doing without.

He said one elderly couple had had no hot water for eight years and had been using their neighbours' bathroom.

"It was one of those homes where the toilet was basically falling through the floor. You could look up through the side of the toilet where there's a hole in the wall - the roof was coming down in parts of the house because of the leaking and the electricals were very dodgy."

Mr Davis said the elderly couple had never told anyone of their difficulties and the Trust only found out the state of the house when it assessed it for insulation and found it was in too bad a state to qualify.

"These people would never put a hand up for help," he said. "They are proud people, they are whakama [embarrassed] by their situation and we have to be very careful how we approach them and offer to help," he said.

Ngahau Davis said when the old couple's house was repaired, and the kaumatua put his hand under the tap to feel the warm water, he quietly wept.

'It's just made that part of my life a lot easier'

Another Moerewa resident whose home has been been transformed is Awe Koni. 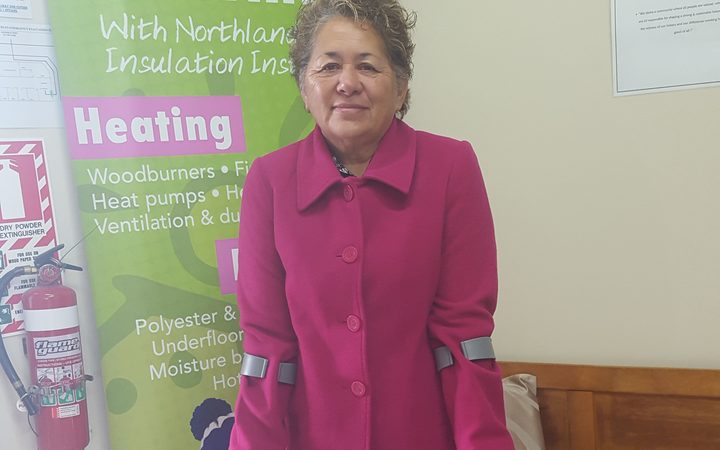 The former budget advisor broke her hip this year trying to save her terminally-ill husband from a fall.

She is on crutches and morphine waiting for surgery and grieving.

She said the work done on her home before her husband died in July, including a deck and a ramp, was a godsend for her.

The Trust had also connected the toilet to the bathroom with a sliding door, and she no longer has to negotiate steps and a porch, to use the loo.

"It's great. I don't get cold or wet now when I go there. It's just made that part of my life a lot easier at a time when everything else is so hard," she said.

So far the Moerewa Trust has made 12 houses liveable and it believes it can secure funding for up to 30 this year.

But the Trust has identified 100 Moerewa homes in dire need of repairs, about 20 percent of the town's housing stock.