Local Māori and conservationists have claimed the right to access a Northland river today - by driving though the middle of a working dairy farm. 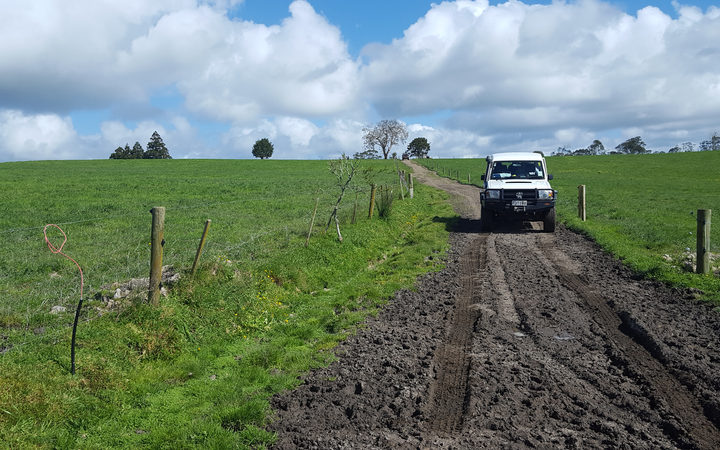 And the paper road that runs through it, past farm buildings, houses and a cow shed is the only way the public can get close to the rapids and a spectacular but little-known waterfall of the Wairua River.

Mr Shepherd, who is currently on holiday in Australia, now has a manager on the farm, which is one of three he owns in the area.

He said in the 35 years he has owned it he had always allowed river access to people who asked, but he was not impressed that the group who drove through today did so with only a day's notice.

"I would have thought they'd have told us earlier what was happening but apparently we don't get the sort of consideration others do," he said.

But for the Northland Environmental Protection Society, it was a matter of the public's right to use public land and they shouldn't have to ask.

It was the Society's president, Fiona Furrell, best known for her criticism of the swamp kauri trade, who realised a few months back that there was public and Māori reserve land on either side of the Wairua.

"People were legally entitled to be there, to walk and explore along the river - but they just couldn't get to it," she said.

Mrs Furrell said she was poring over new maps released by the Walking Access Commission when she spotted the unformed legal road through Mr Shepherd's farm.

It ran down toward the river to the Crown land and what's marked on maps as a Māori Fishing Reserve.

She began writing to the Whangarei council, and the Walking Access Commission, lobbying for the paper road - now a farm race - to be formalised as public road.

"It gives the only public access to this part of the river; to the waterfalls and the rapids. Kayakers and young people into adventure sports would love it."

Mrs Furrell said in its earlier days the Wairua River and its rapids had been singled out for praise by the American adventurer and sports fisherman Zane Grey.

Her next step was to call Northland's river campaigner Millan Ruka, who has been advocating for better access to the Wairua since he returned from overseas some years ago and found his boyhood swimming holes gone and the waters polluted.

They pair drove to the farm, intending to drive over the paper road, only to find a a farm race formed, metalled and maintained by Mr Shepherd. 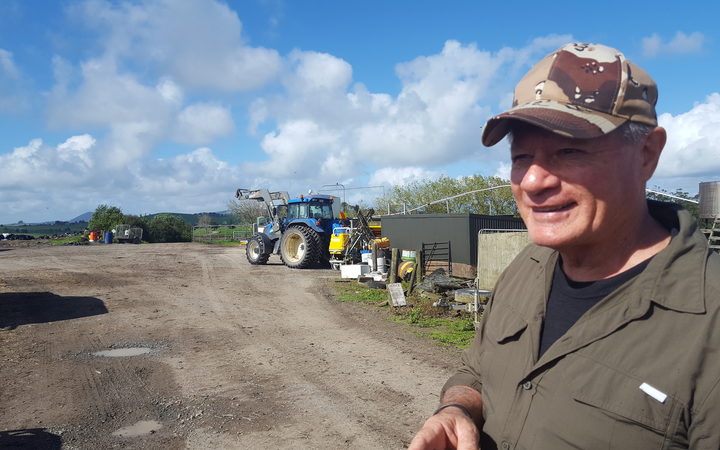 Mrs Furrell said they produced maps showing the road was public land but the farm manager turned them away.

Mr Shepherd said his manager was taken aback by what he perceived as a sudden aggressive demand for access and was uncertain about how health and safety laws would apply.

He said there was potential for damage or injury if people turned up without warning wanting to drive through a working dairy farm.

"If you get a driver not experienced handling livestock ending up in the middle of a herd of 500 cows coming along the race, it could be hugely disruptive," he said.

For the past few months, Mrs Furrell, Mr Ruka, Walking Access Commission, Whangarei Council and Mr Shepherd have been trying to negotiate a deal to formalise public access over the farm, without disrupting it or endangering anyone.

They had just about reached an agreement when Mr Shepherd had to go to Australia for a family event.

Fed up with the delays, local hapū and the conservation group piled into a couple of 4-wheel drives today for a hikoi via the paper road-cum-farm race to the river.

There was a quick stop to assure the manager of their peaceful intent. 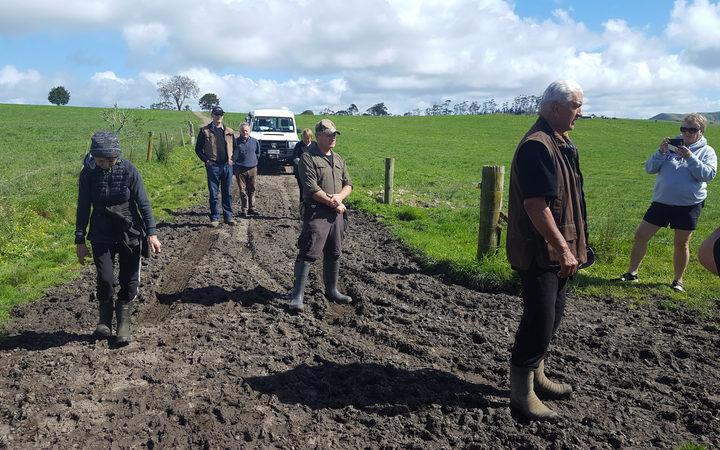 The paper road stops well before the river - and the last few hundred metres are over pasture pugged by the dairy herd after a very wet winter - and boggy enough to grab your gumboots.

But for the hapū members, just being back on a part of the river they haven't seen for years made the mud and the muck irrelevant.

On the riverbank where his ancestors used to camp and wait for the eels to come down the river in autumn, Mr Ruka eyed the fast-flowing Wairua and choked up a little.

He said all over the country, Māori and Pākehā had been shut out of riversides like this one because of land development - not only farming but also lifestyle subdivisions.

"I could almost guarantee you probably haven't seen a gathering of our people here in 50 years, though we're just a small group today. It's quite significant, and it's symbolic to let landowners know that it's essential to regain our presence in such places." 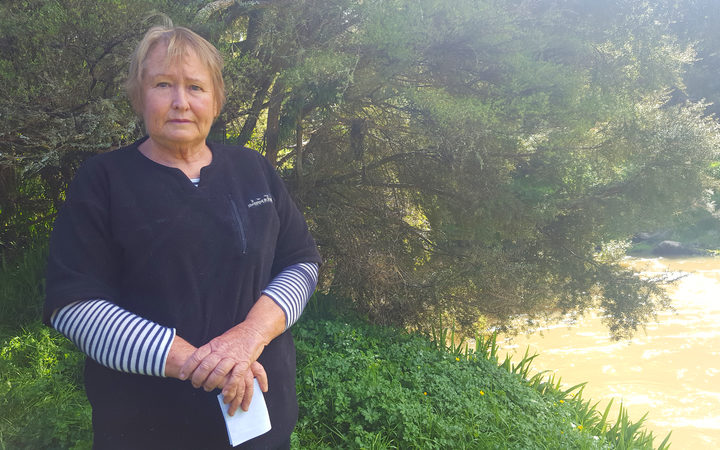 Mr Ruka said without access to places like the nearby Purua Falls and the Wairua Rapids, hapū could not see what was happening to the rivers and fulfil their role as kaitiaki.

Mr Shepherd said he would be putting up signs to let people know they can access the river though his property when he returns from Australia.

But he said if they wanted a road fit for vehicles the Whangarei council would have to pay for it and any surveying needed.

"The paper road has never actually been surveyed and I think there may be places where the race I've built is actually on my land, rather than unformed legal road," Mr Shepherd said.