A 15-year-old girl who took her own life was the victim of relentless and "vicious" cyber-bullying in the lead up to her death, a coroner has found. 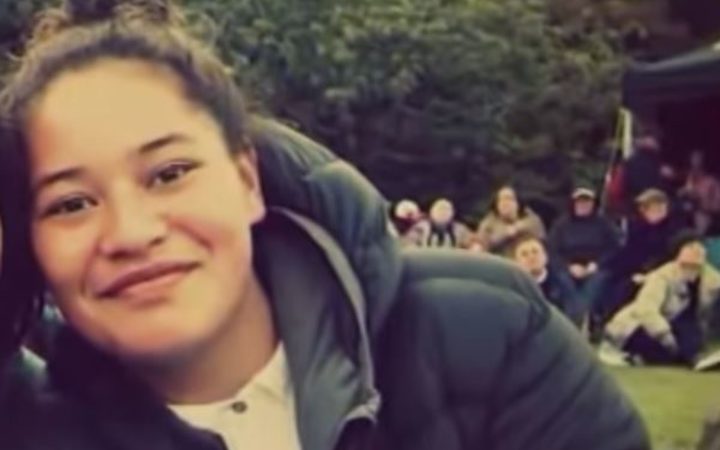 Alatauai Sasa was bullied online in the lead-up to her death and was distressed about being a court witness against her father. Photo: Youtube

Coroner Peter Ryan has released his findings into the 2013 death of Alatauai Sasa, a student at St Catherine's College in Wellington.

He found she was also distressed about being a witness against her father for assault and was worried he would end up in jail.

The bullying against Alatauai started in 2012, when she was the victim of several anonymous posts on a public Facebook page called Wellington Schools Confession.

The page was dealt with by her school and was shut down but Alatauai, who was described as coming from a troubled background involving family violence, continued to be bullied.

In early 2013, she began struggling at school and became noticeably depressed, the coroner said.

"She had been subjected to vicious comments addressed to her on the websites Qooh.me and Ask.fm."

Some of the comments included taunts encouraging her to take her own life.

Alatauai had been getting ongoing help from her school guidance counsellor but did not tell her about the cyber-bullying, which only came to light after her death.

Alatauai first told her counsellor about having suicidal thoughts because of the "pressure and stress" of having to be a court witness.

The Ministry for Vulnerable Children, which was involved in Alatauai's case, should have told her that her father was unlikely to go to prison, Mr Ryan said. That was a "missed opportunity" to relieve her distress.

Alatauai stayed at the counsellor's home for a period of time to help her have some time out from the tensions at home.

She was assessed at a youth mental health service and was given antidepressants, but later went back home and stopped taking her medication.

A few days later, in late June, she took her own life.

Mr Ryan said there were three factors that were likely to have affected Alatauai's mental state: the long history of domestic violence and stress in relation to charges against her father; the cyber-bullying on her Facebook and Wellington Schools Confession page; and the cyber-bullying Qooh.me and Ask.fm pages.

"It is reasonable to infer that [the bullying] had a seriously deleterious effect on her already compromised mental health state," he said.

Having a mental health-trained nurse and social worker would have been more helpful, not only in Alatauai's case, but also in all schools, he said.

Alatauai's school guidance counsellor was seeing up to 25 students at any one time, and about 100 students each year.

"Greater assistance is required within high schools to cope with the number of students requiring intensive support due to factors affecting their mental well-being," Mr Ryan said.

"The best case scenario is that such a measure would reduce New Zealand's appalling rate of youth suicide."