Human waste and toilet paper are littering the Milford Track as another busy tourist season approaches, a Department of Conservation (DOC) contractor says. 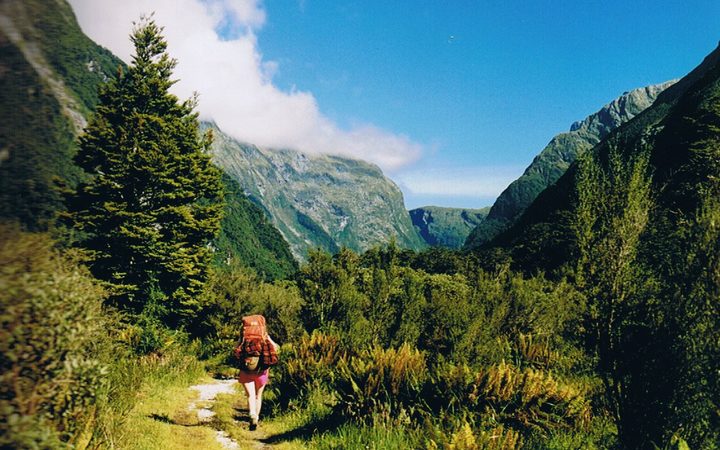 About 14,000 people hike the South Island track every year, known around the world for its scenic vistas and landscapes, but locals believe poor management is ruining the experience.

The contractor, who spoke with RNZ under the condition of anonymity, said the amount of human waste visible in the area was "disgusting" and the situation was out of control.

"On some of the Great Walk tracks, you find poos and toilet paper just littered down the side of the tracks," they said. "In some of the campsites along the Milford Road, it's really quite bad, you've only got to walk 20m into the bush and it's all over the place."

The contractor, who had spent a lot of time working in the area, said the track got busier every year, but many tourists did not seem to understand how to use a toilet.

"At some of the DOC campsites, even though there are toilets there, for some reason some individuals only use the toilet paper and they'll poo outside the toilet," the contractor said.

They said more needed to be done to fix the problem.

"There is a lack of infrastructure, which I understand DOC is putting money into, but also a lack of education."

He had recently visited Manapouri, almost 140km south of the Milford Track.

"I've seen firsthand, across from the Manapouri Store, there is a picnic area with a beautiful view of the lake with trees down here... if you go for a walk down there by the trees, there's human excrement," Mr Carswell said. "I don't think we have enough infrastructure."

'We learn from every summer' - DOC

DOC acknowledged there was a problem, but denied that it was widespread.

Its recreation manager, Richard Davies, said only a small number of tourists caused any problems.

"We learn from every summer... but we can't be everywhere at all times," he said. "For whatever reason, there's always been a minority of people who don't do the right thing."

Mr Davies agreed that the main solution to the problem was education.

He said the department would be boosting staff time by 3000 hours in the lower South Island, and increasing the number of toilets available.

"We're making sure we will have rangers out there to talk to people and to address any issues."

He urged the public to get in touch if they saw any excrement while out walking this summer.