Victims of Havelock North's water crisis say a report revealing the cost of the outbreak shows they need more financial help from the local council. 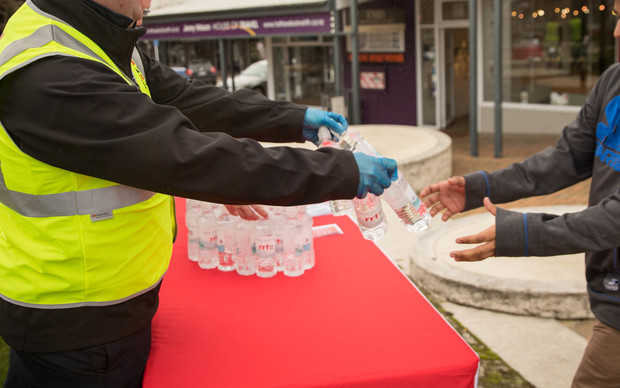 The campylobacter outbreak, which was caused by contaminated water, hit the town last August, making more than 5000 people sick and potentially contributing to three deaths.

The Ministry of Health-commissioned report, published yesterday, found the outbreak cost the town about $21 million, with households bearing $12m of that burden - an average of around $2440 per household.

Fiona Hosford, who caught the bug with her daughter, said the outbreak cost her family more than double that as they bought a water filter, as well as bottled water, and had to take time off work.

The bill would likely be higher for many other households, she said.

The report found the costs included being unable to go to work or school, with some people unable to look after their children and others forced to drive all over town to visit doctors or to get fresh water and other supplies.

They also had to do far more laundry and cleaning.

Hastings District Council and Hawke's Bay Regional Council each contributed $100,000 to a compensation fund available to those who got sick, but Ms Hosford said that amount was clearly not enough.

"I think the council should review its compensation figure - that figure of a couple of hundred thousand doesn't even come close."

But Mr Mcleod said the $200,000 available to people hard hit by the gastro outbreak was never intended to be compensation.

"What it is is recognising that some people have really long-term health effects and trying to help those people in some way.

"As the report shows, there [have] been significant costs and that can never be compensated for, because obviously our revenue sources come from the community. That fund is to try and help those people with longer term impacts."

The report also found the outbreak cost local councils about $4m. That included investigating the cause of the outbreak, providing boiled water and paying for the official inquiry.

Mr Mcleod said the councils had learned from the event and were determined nothing like it would ever happen again.

"They've earmarked over $12m so far and it's likely to be more, in spending on treatment and infrastructure."

Hastings district councillor Simon Nixon said it should not have been left to ratepayers alone to bear the cost of compensation.

The government should also have contributed, he said.

"Some of the official welfare organisations and ACC didn't make a specific contribution and maybe they should have, to give better support to the people that were affected without overburdening the ratepayers of Hastings."